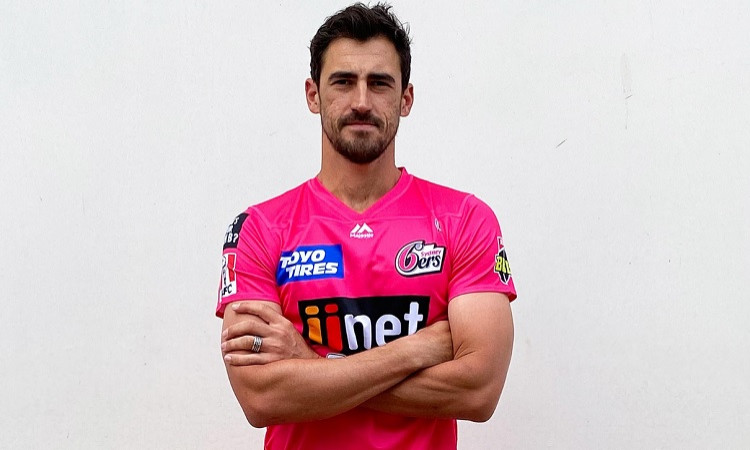 His availability will be determined on Australian selection in the Test squad for the series against India, with those Sixers players selected for the entire series likely to be available for the last three games of the regular season, and the finals series.

Also Read: IPL 2020: It was a season of fine lines for SunRisers Hyderabad, says Kane Williamson

"It's great to be back in magenta after five seasons away from the Big Bash," Starc said.

"I started at the Sixers at BBL01 and it's nice to continue that journey at a club I've still been around with my wife Alyssa (Healy) involved with the Sixers," he added.

"As with last season when we were blessed with the presence of Steve Smith and Josh Hazelwood, who both made a huge contribution to our winning effort, we hope Mitch gets to express himself in his home colours again," Shipperd said.

"He is a maximum impact player who is a world class T20 fast bowler as well as being in the upper echelons across the other formats," he added.