England wicketkeeper-batsman Jonny Bairstow has put pen to paper with the Melbourne Stars for the upcoming edition of the Big Bash League (BBL). 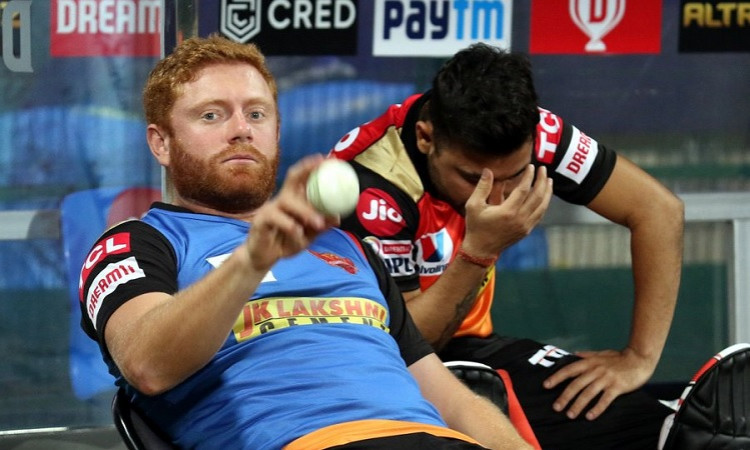 The 31-year-old has represented England in every format of the game having made his Test debut in 2012. Bairstow was representing SunRisers Hyderabad in the Indian Premier League, playing alongside fellow Stars signing Billy Stanlake. However, SRH failed to make it to the finals following their 17-run defeat to Delhi Capitals in Qualifier 2 on Sunday evening.

Also Read: IPL 2020: Our Attitude In The Field Let Us Down: SRH Captain David Warner

"I'm really pleased to have signed with the Stars. I've always watched the BBL no matter where I've been in the world and it will be nice to finally be a part of it. I know the Stars are one of the competition's profile clubs and have a track record of being in contention in finals," Bairstow said.

"The list is looking good and I can't wait to get involved alongside Glenn Maxwell, Marcus Stoinis and Adam Zampa who I've been playing against during the IPL. I know Melbourne has been through a tough time over the winter with COVID so I hope the Stars can bring some of the fun back over summer and put a smile on people's faces," he added.

This season will mark Bairstow's debut in the BBL. He is expected to be available for the Stars from after Christmas until the end of the season.

Melbourne Stars head coach David Hussey said Bairstow was important addition both with the bat and the 'keeping gloves.

"I'm glad that Jonny has decided to make his BBL debut with us at the Melbourne Stars. He's been playing at the top level with England for almost a decade now and brings a real competitive fire to matches," Hussey said.

"His experience and versatility will be a valuable addition to our batting line-up, and we've got several 'keeping options in the squad as well," he added.