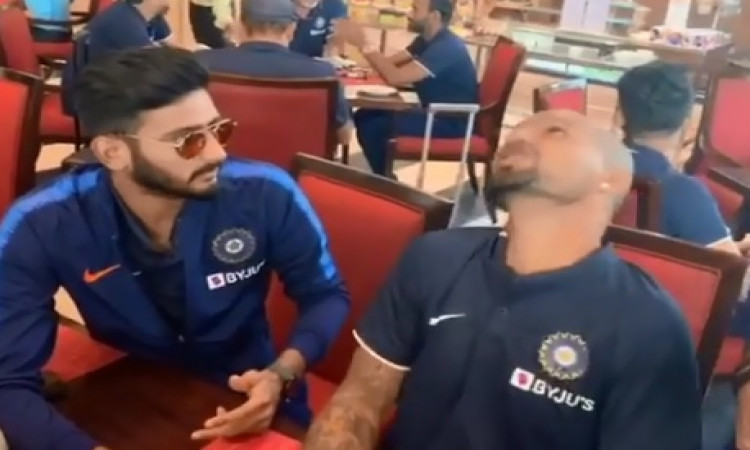 New Delhi, Nov 9 Right-arm pacer Bhuvneshwar Kumar might not be playing at present for India but he is keeping a tab on his teammates through social media.

On Thursday, the Men in Blue registered an emphatic eight-wicket win over Bangladesh in the second T20I in Rajkot to level the series.

After the victory, opener Shikhar Dhawan took to Instagram to share a video where he, Yuzvendra Chahal and Khaleel Ahmed can be seen recreating a scene from recently released Bollywood movie "Housefull 4" starring Akshay Kumar.

In the 30-second video, as soon as Chahal makes a loud sound, Dhawan forgets everything for a brief moment. Soon after Dhawan posted the video along with the caption "Bala ke side effects", Bhuvneshwar came up with a cheeky response "Bhulne k acting k kya zarurt wo to natural talent hai," he said.
India and Bangladesh will now lock horns in the series-deciding third and final T20I in Nagpur on Sunday.