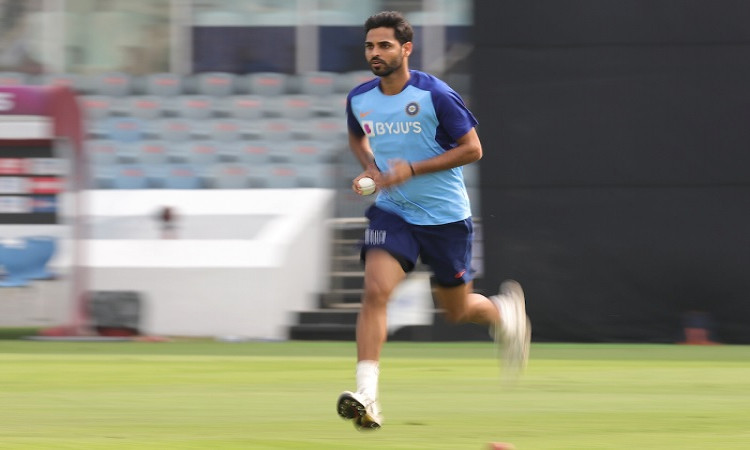 Mumbai, Jan 16: India pacer Bhuvneshwar Kumar will commence his rehabilitation at the National Cricket Academy (NCA) in Bengaluru after having a successful sports hernia surgery on January 11 while young batsman Prithvi Shaw is on his way to New Zealand to join the India 'A' team after recovering from injury.

"Fast bowler Bhuvneshwar Kumar travelled to London on January 9 and underwent a successful sports hernia surgery on January 11. He was assisted by Team India physiotherapist Yogesh Parmar. Bhuvneshwar will now return to India and commence his rehabilitation at the National Cricket Academy (NCA) in Bengaluru," BCCI Secretary Jay Shah said in the statement on Thursday.

"Opening batsman Prithvi Shaw has completed his rehab at the NCA and has recovered from his left shoulder injury. He has been made available for selection for all formats of the game. Prithvi has left for New Zealand and will soon join India A," the statement added.

India 'A' are scheduled to play three unofficial ODIs and two unofficial Tests against New Zealand 'A'.

"On my way to New Zealand. Really excited to join my teammates. One of my favourite places where we won the ICC U19 World Cup in 2018," Shaw tweeted with a picture of himself from flight.

Shaw had recently suffered a shoulder injury while diving to save an overthrow during Mumbai's Ranji Trophy game against Karnataka. After injuring his left shoulder while fielding, the Mumbai opener was sent to the National Cricket Academy (NCA) in Bengaluru for an assessment of the injury.

However, on Wednesday, the 20-year-old passed his fitness test and was seen batting in the nets.

India 'A' will begin their campaign with a three-match one-day series followed by two four-dayers from January 22.

Meanwhile, Bhuvneshwar missed the series against the West Indies after lying low by sports hernia, the latest in his series of injuries. The 29-year-old suffered hamstring strain during the ODI World Cup in England earlier this year and missed the home series against South Africa and Bangladesh with niggles.