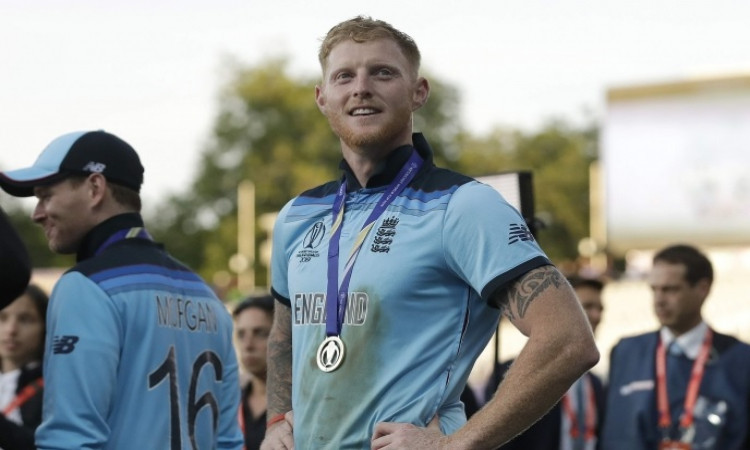 London, July 14: All-rounder Ben Stokes played a pivotal role in England winning their first ICC men's World Cup trophy, on this day, last year. His match of the match performance in the summit clash stunned New Zealand as the hosts were declared the winners on boundary count rule after regulation time and Super Over both ended in a tie.

Stokes' inspirational knock of 84* off 98 deliveries helped England force the match into Super Over, in which both teams scored 15 runs each off six deliveries.

It has now been revealed that Stokes took a cigarette break to calm his nerves before the Super Over. He ran inside the shower to clear his head before the most important over in the history of England cricket.

"Finding a quiet spot as the frenzy of the Super Over approached was hard in a ground packed out with 27,000 supporters and television cameras following the players from the middle, through the Long Room and up the stairs to the dressing room," authors Nick Hoult and Steve James wrote in the book titled 'Morgan's Men: The Inside Story of England's Rise from Cricket World Cup Humiliation to Glory' as according to the excerpt published by stuff.co.nz.

"But Ben Stokes had played at Lord's many times. He knows every nook and cranny. As Eoin Morgan tries to bring calm to the England dressing room and sort out their tactics, Stokes nips off for a moment of peace.

"He is covered in dirt and sweat. He has batted for two hours and 27 minutes of unbelievable tension. What does Stokes do? He goes to the back of the England dressing room, past the attendant's little office and into the showers. There he lights up a cigarette and has few minutes on his own."

Stokes returned to score eight runs of England's 15 in the Super Over and then Jofra Archer helped the hosts restrict New Zealand to the same score. England were awarded the cup as they had scored more boundaries than New Zealand in the match (26-17).