Manchester, July 26:  It was a spilt coffee on which Ben Stokes sat as he would say, but the world's premier all-rounder got social media buzzing when he had a stain on the backside of his trousers. 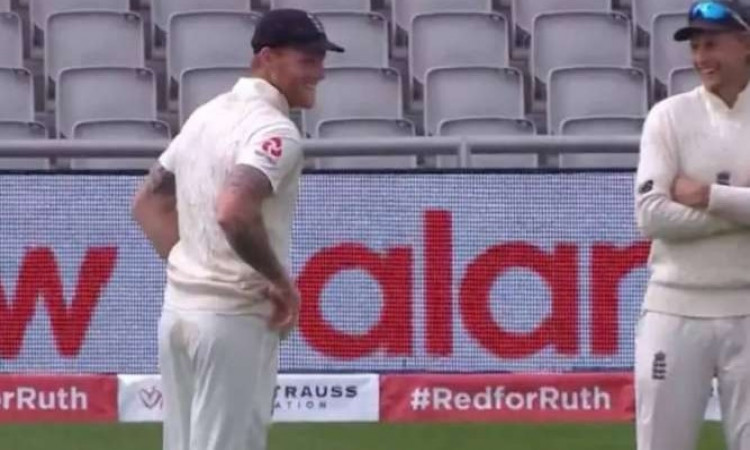 England's fielders, including captain Joe Root, were left in splits after a brown patch appeared on Stokes' white trousers on the second day of England's third Test against West Indies at Old Trafford here.

Also Read: Was handled unprofessionally at the end of my career: Yuvraj Singh

The world's No. 1 all-rounder tried to hide the mark by pulling down his sweater, before also having a laugh.

"Sat in spilt coffee FYI," Stokes later took to Twitter to reply to one post on Test Match Special on the same incident which got social media talking.

Former England striker Gary Linekar had a similar incident during a World Cup game in 1990 where the former Tottenham Hotspur and Leicester City forward stretched for a ball and lost control of his bowels against Ireland in the group clash.

Linekar had been suffering with a troublesome tummy before the match. "S*** happens," Linekar wrote on Twitter, also replying to Test Match Special's tweet.

The three-match Test series, which marked the resumption of cricket since it was stopped by the coronavirus pandemic, is locked 1-1 with West Indies winning the first Test and England levelling things in the second.

In the ongoing third Test, struggling West Indies were saved from losing more wickets by the fading light on Day 2 of the decisive third Test.

West Indies ended the day on 137/6, trailing England by 232 runs with Dowrich (10) and captain Jason Holder (24) in the middle. England scored 369 in their first innings.