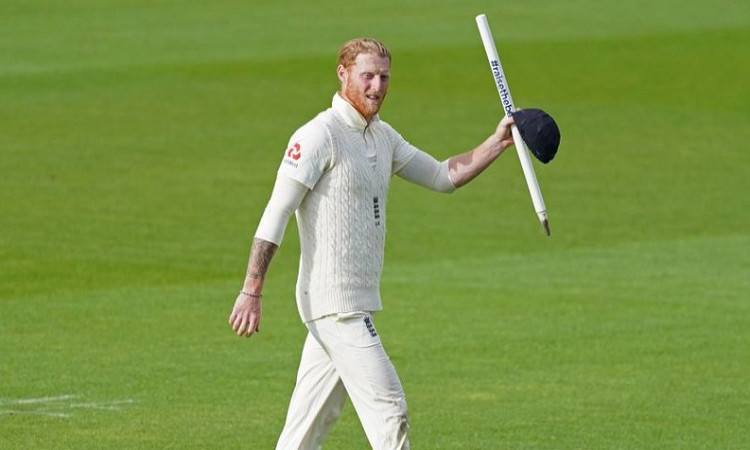 Manchester, July 21:  England vice-captain Ben Stokes has outdone West Indies captain Jason Holder to become the world's top-ranked Test all-rounder while also attaining a career-best third position among batsmen in the latest ICC Men's Test Player Rankings, after a match-winning performance in the second Test against the West Indies at the Old Trafford.

Stokes, who trailed Holder by 54 rating points going into the second Test in Manchester, enjoys a lead of 38 points after his brilliant knocks of 176 and 78 and a match haul of three wickets helped England win on Monday by 113 runs and level the three-match series 1-1.

Also Read: ENG vs WI: We will give everything in the last Test, says Jason Holder

Stokes ended Holder's 18-month reign at the top, becoming the first from England at the summit since Andrew Flintoff in May 2006. His tall of 497 rating points is the highest by any Test all-rounder since Jacques Kallis aggregated 517 in April 2008, said ICC in a media release.

Among batsmen, Stokes is the joint-third with Marnus Labuschagne, only behind Steve Smith and Virat Kohli and with specialist batsmen like Kane Williamson and Babar Azam below him in the list. England captain Joe Root is at the ninth spot while opener Dom Sibley has advanced 29 places to a career-best 35th position after a sturdy first innings 120.

Veteran pacer Stuart Broad, who was not picked for the opening Test, has returned to the top 10 after claiming three wickets in each innings. He is now England's top-ranked bowler, one slot ahead of James Anderson, who dropped to 11th after being rested for the match. Chris Woakes, who scalped five in the match to reach the 100-wicket mark, is in 21st position, his highest since late 2016.

For the West Indies, Shamarh Brooks has moved up 27 places to a career-best 45th position after scores of 68 and 62. He is now just four slots behind Holder, who remains the top-ranked West Indies batsman in 41st position despite slipping four places. Holder has also dropped a slot among bowlers to take third place, behind Pat Cummins and Neil Wagner. Roston Chase has gained two places in the bowlers' list after a five-wicket haul in the first innings.

The win at the Old Trafford has lifted England to third position in the ongoing World Test Championship points table. They are now on 186 points, six more than New Zealand. India lead with 360 points while Australia are second at 296.