Ace England all-rounder Ben Stokes has called fellow Rajasthan Royals (RR) wicket-keeper Jos Buttler the most talented player he has ever played with. 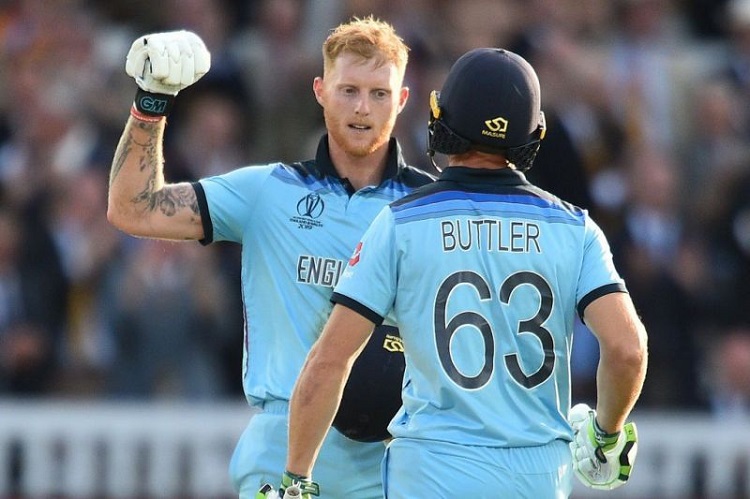 In an interview with RR teammate and England pace bowler Jofra Archer, Stokes was asked about the most talented player he has played with. His reply was: "I reckon talent-wise, because of his versatility, Jos Buttler."

The New Zealand-born England all-rounder was in prime form last year and led England to World Cup victory as well as making an Ashes-saving 135 not out in the Test at Headingley, Leeds. The all-rounder picked the 98-ball unbeaten knock of 84 in the World Cup final as his favorite. "Both were great but I'd pick the World Cup as favorite as we had something to show for at the end," he said.

Stokes, 29, picked Mumbai Indians as the team to beat and perform against.

Archer was asked about his favorite wicket in his career and he picked Australian Travis Head from the Old Trafford Test of last year's Ashes series.