England Cricket Board, on Monday, announced squads for their upcoming ODI & T20 series against Australia and has left all-rounder Ben Stokes from it. This news has raised doubts of uncertainty over the availability of the English all-rounder in the Rajasthan Royals camp who was to play in the upcoming season of Indian Premier League in UAE starting from September 19. 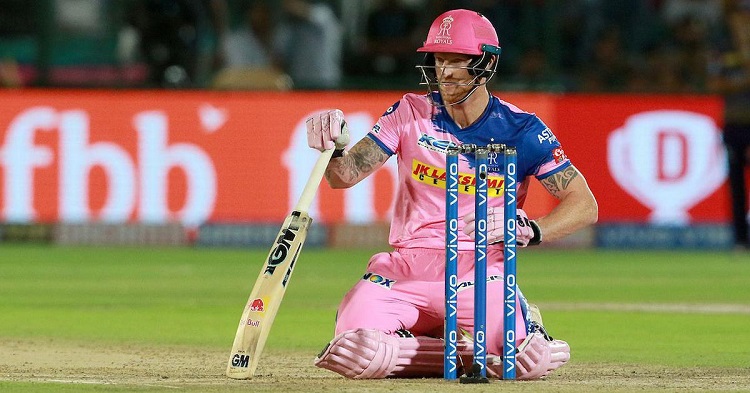 England's Test vice-captain left the series against Pakistan after the first test match and flew to New Zealand citing personal reasons. Reports suggest that he has been spending time with his ailing father, who has been diagnosed with brain cancer.

Ben Stokes has been in an incredible form in all forms of cricket lately and has become a lethal weapon of the English team for the last 18 months. He played a big role during England's successful campaign in last year's world cup and since then has been a consistent match-winner for the team. Stokes was made captain for the first test against West Indies in July and also struck an important century in the second test to level the series.

The English all-rounder entered the IPL as the most expensive player in 2017 by Rising Pune Supergiants. He was then picked up by Rajasthan Royals again for the highest bid in the 2018 season and has been a part of the franchise since then.

Rajasthan Royals will be hoping to get his services back this season considering his explosive form. He has scored 319 runs in 22 matches at a healthy strike of over 130 while taking 14 wickets at an economy above 8 for the Royals.