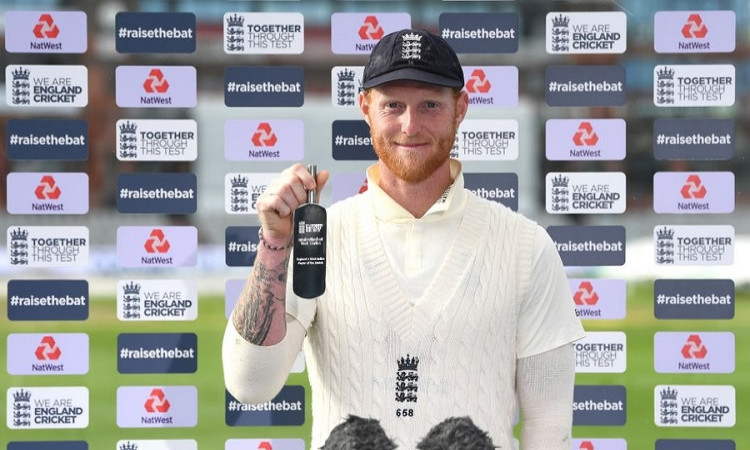 New Delhi, July 21:  Former cricketer Irfan Pathan believes the Indian cricket team can become unbeatable if they have a match-winning all-rounder like Ben Stokes in their ranks.

"Indian cricket will be unbeatable anywhere in the world if they have a match winning all-rounder like Ben Stokes," Pathan said in a tweet on Friday.

This comment from Pathan comes after Stokes played a crucial role in England's emphatic win over West Indies in the second Test of the ongoing three-match series.

Stokes, who played a patient 176-run knock in the first innings, came out all guns blazing while opening the batting in the second innings as he scored 78 runs off just 57 balls. His knock helped the hosts set a challenging target which they defended successfully by bowling out the West Indies for 198.

Besides, Stokes also picked up three wickets in the game and was adjudged the Man of the Match.

His performance in the match also saw him move up the ladder in the ICC Test rankings for all-rounders.

Stokes ended Holder's 18-month reign at the top, becoming the first from England at the summit since Andrew Flintoff in May 2006. His tally of 497 rating points is the highest by any Test all-rounder since Jacques Kallis aggregated 517 in April 2008.