England all-rounder Ben Stokes showed he is making rapid progress as he gears up for the ODI series against Pakistan and the five-Test series against India in August September when he took four wickets for 27 runs and played a fine cameo to inspire Durham's 34-run victory over Birmingham Bears in the Vitality Blast T20 tournament. 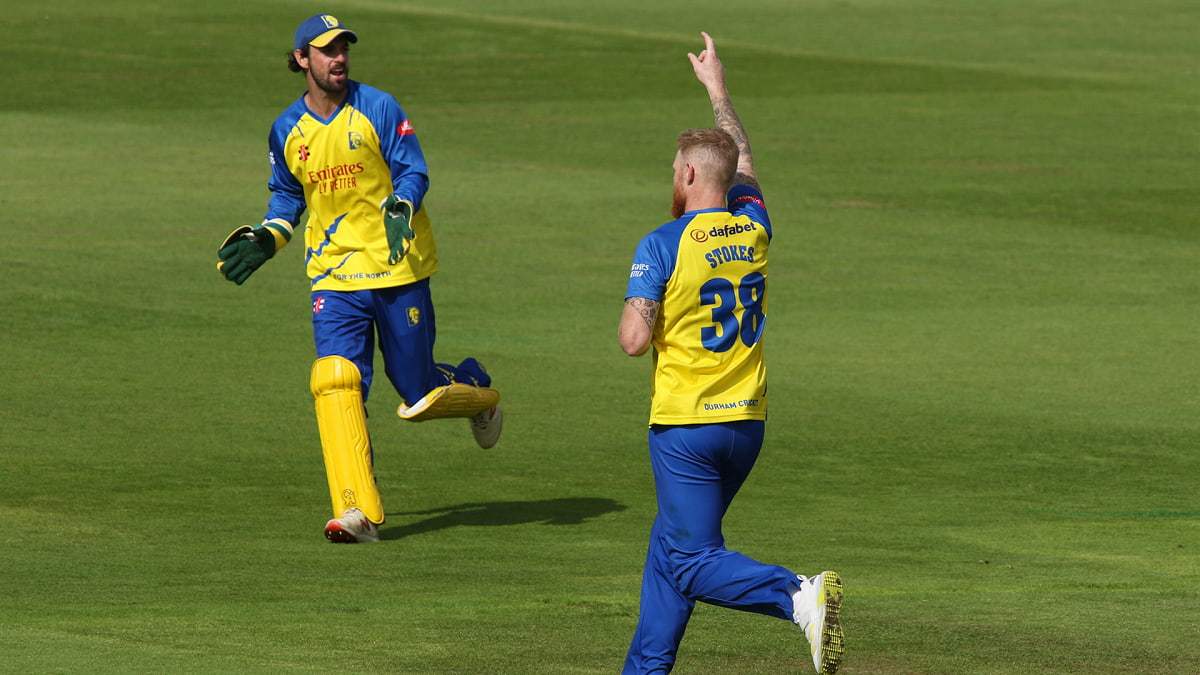 Stokes was declared Player of the Match on Saturday.

The 30-year-old Stokes had to pull out of the Indian Premier League (IPL) before its suspension after a fracture to his left index finger. He underwent surgery for it.

Pakistan will tour England for a three match ODI series beginning July 8, which will be followed by a three-match T20I series commencing on July 16, and the England and Wales Cricket Board (ECB) is hoping Stokes is fully fit for the series.

Stokes struck a 20-ball 35 and emerged the second-highest scorer for his team after skipper Cameron Bancroft (60), as Durham put 164/8 on the board in 20 overs.

On June 21, Stokes had marked his return to cricket after a long injury layoff, striking an 18-ball 29 and taking one wicket, as Durham had defeated Birmingham Bears by 22 runs in a Vitality Blast match.