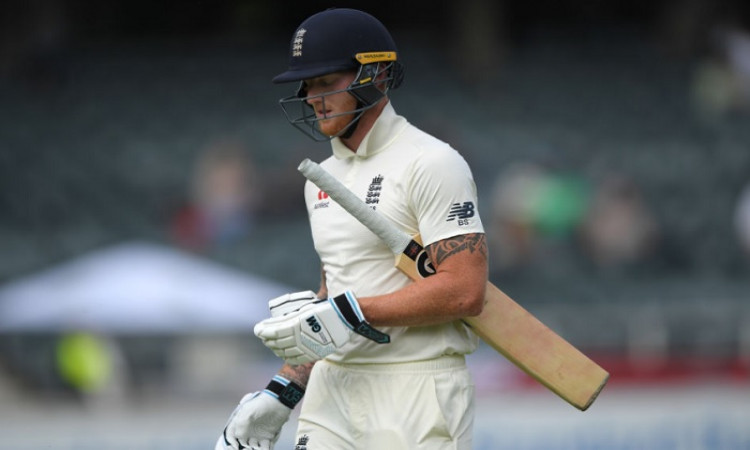 Johannesburg, Jan 26:  England all-rounder Ben Stokes was on Saturday fined 15 per cent of his match fee for swearing at a supporter on the first day of the ongoing fourth Test between England and South Africa at the Wanderers.

"Stokes was found to have breached Article 2.3 of the ICC Code of Conduct for Players and Player Support Personnel, which relates to "use of an audible obscenity during an International Match,"" the International Cricket Council said.

"In addition to this, one demerit point has been added to the disciplinary record of Stokes, for whom it was the first offence during a 24-month period."

Stokes was dismissed after making just two runs by South African fast bowler Anrich Nortje on Day 1 and was taunted by the crowd near the tunnel through which the players exit the ground at the Wanderers. He return the taunts with foul language for which he later apologised.

"Stokes admitted the offence and accepted the sanction proposed by Andy Pycroft of the Emirates ICC Elite Panel of Match Referees and, as such, there was no need for a formal hearing," the ICC said.