Being mentally mature important for any sportsperson: Sandeep Patil 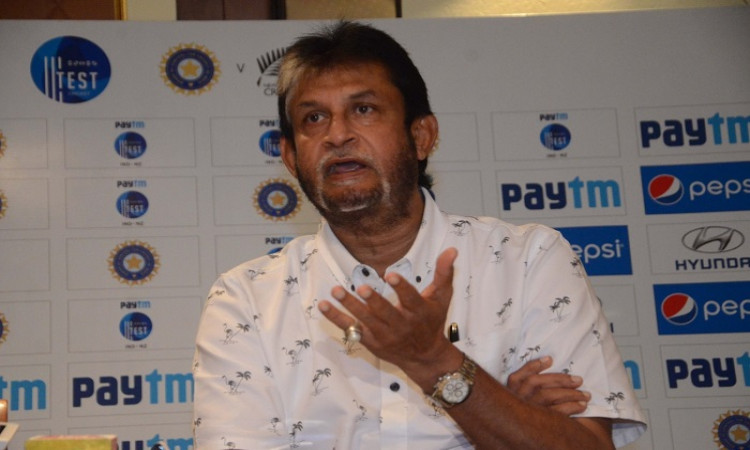 New Delhi, June 21: Former India cricketer Sandeep Patil spoke the about the importance of being mentally mature for any sportsperson during these unprecedented times put forward by the coronavirus pandemic.

All cricket has been suspended since March in the wake of Covid-19 crisis and the sport is now looking to find its feet back with England-West Indies three-Test series, currently scheduled to begin on July 8.

Speaking exclusively on Star Sports show ‘Winning the Cup -- 1983’, former India cricketer Sandeep Patil expresses his views on how players can be mentally ready to bounce back during COVID-19 times

"But they need to remember that all these challenges will first have to be dealt strongly in the mind. You need to begin slowly and ensure that you tune your focus firmly on making an injury-free comeback," he added.

Patil also spoke about his time in the sport and how he used to give immense importance to the mental conditioning of the players. He also recalled India's historic World Cup win in 1983, where despite being the underdogs, they went on to stun the mighty West Indies.

"Even during my tenure as coach of Kenya, I used to always focus on players being mentally strong before any tournament," Patil said.

"During the 83 World Cup final, after we were restricted to 183, we thought we were down and out. But before stepping onto the field for the second innings, we all made a very fervent resolution in our minds and as a team. The rest they say is history!

"Bowling to the likes of Greenidge, Viv Richards was no easy task but because we were focussed on laying our hands on that trophy, we were able to do it. So, being mentally mature is very important for any sportsperson, not just cricketers," he added.