Been A KKR Fan Ever Since McCullum's 158 In IPL Opener In 2008, Says Ferguson 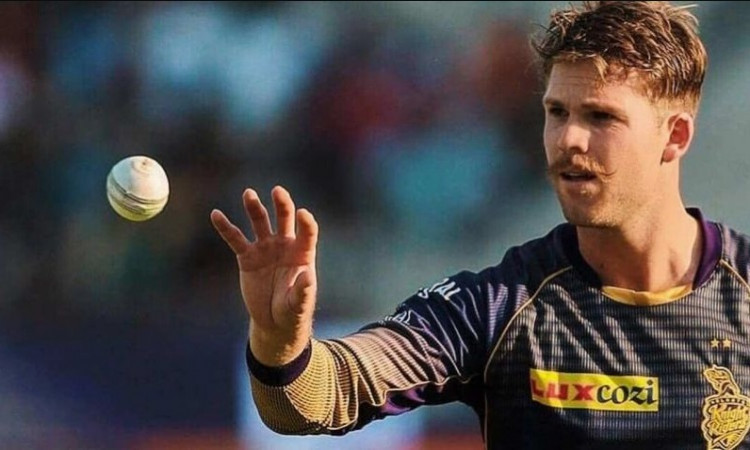 New Zealand pacer Lockie Ferguson is excited to play his second season with the Kolkata Knight Riders family in the upcoming edition of the Indian Premier League (IPL) slated to start from September 19 in the United Arab Emirates (UAE).

Ferguson returned to training with the squad on Friday after serving his week-long hotel room-quarantine since travelling to the UAE from New Zealand.

Also Read: MS Dhoni Was Not The First-Choice Pick For CSK Captain In IPL 2008 : S Badrinath

"I am super excited. KKR is a team that took me in with open arms and made me feel as a part of the family almost immediately when I got there last year. I made some real good friends there in the team which continue beyond the game as well," Ferguson was quoted as saying by the official Knight Riders website, kkr.in.

"We used to watch IPL as young chaps. Brendon (McCullum) was definitely one of our heroes while growing up. After watching him do so well in the first match for KKR, it was hard not to be a Kolkata fan.

"The team we have (for this season) is looking super strong. Last year, we ended up sort of mid-table, so hopefully, this year we will get a chance to improve on that performance," he added.

McCullum had set the stage on fire as he scored an unbeaten 158 as KKR defeated Royal Challengers Bangalore in the first-ever IPL game in 2008 played at the M.Chinnaswamy Stadium in Bengaluru.

The right-arm pacer also talked about maiden World Cup experience last year where the Black Caps ended up as runners-up after losing to England in a pulsating final at the iconic Lord's.

"It is really hard to put feelings into words. It was a long tournament, but also it went by so quickly. Coming straight from India (IPL) and going into the World Cup threw me into completely different conditions," said Ferguson.

"I think with the Black Caps side, I was more or less trying to own the first change bowler role. We had such amazing opening bowlers. The spot for the swing bowler was strongly contested.

"So, going into the World Cup, all I wanted was to put my best foot forward and be a part of the starting 11. I picked up a few wickets but I think I was just lucky enough to get the rewards of the hard work that our opening bowlers were putting in.

"The way we stuck together till the end was really commendable. We played really well and also conducted well both on and off the field," he added.

The New Zealander further said that he was looking forward to rubbing shoulders with Australian pacer Pat Cummins. "Pat is an exceptional bowler, there is no secret about that. He seems to be getting better and better and he is still so young. He is a lovely guy and I am thoroughly looking forward to rubbing shoulders with him."