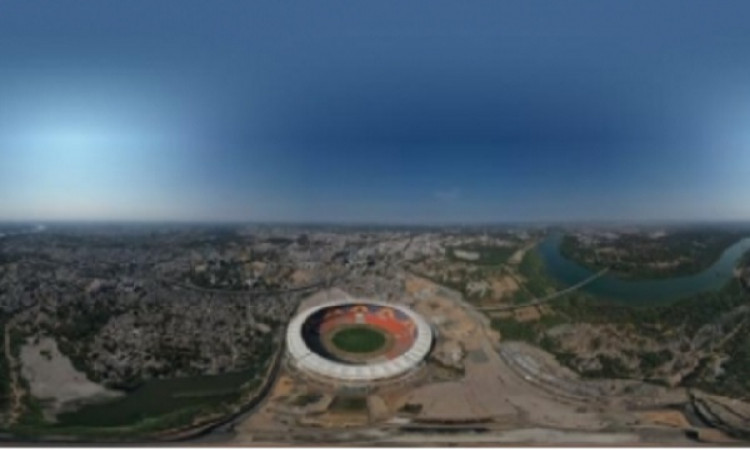 Ahmedabad, Feb 18 The BCCI on Tuesday shared a bird's eye view of the picturesque Motera Stadium, which is the world's largest cricket stadium.

"MoteraStadium Ahmedabad, India Seating capacity of more than 1,10,000," the BCCI said in a tweet. US President Donald Trump is expected to inaugurate the stadium.

Also Read: It was a great journey throughout U-19 WC: Yashasvi Jaiswal

The spectacular view of the stadium has made fans go gaga over it.

Gujarat Chief Minister Vijay Rupani visited the Motera stadium to inspect the security arrangements regarding US President Donald Trump's visit to the state.