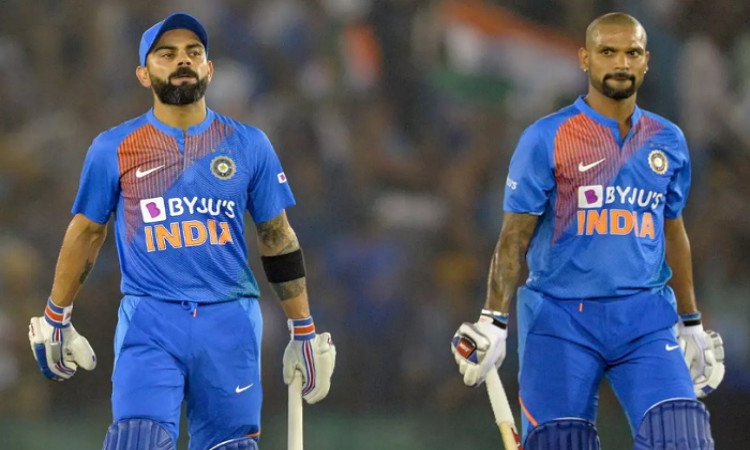 New Delhi, Feb 21: The Board of Control for Cricket in India (BCCI) President Sourav Ganguly has sent the names of skipper Virat Kohli, Mohammed Shami, Shikhar Dhawan and Kuldeep Yadav to the Bangladesh Cricket Board (BCB) as the latter gets ready to host two T20Is between Asia XI and World XI to celebrate the 100th anniversary of their founding father Sheikh Mujibur Rahman. The matches will be played at the Sher-e-Bangla Stadium in Dhaka on March 18 and 21.

Speaking to IANS, sources in the know of developments said that Ganguly had sent the names to BCB after the availability of players were checked.

"Ganguly sent in the names to the BCB after we checked on the availability of the players. Kohli, Shami, Dhawan and Kuldeep will represent us in the Asia XI team. It has been a while since we sent the names because the Bangladesh board needed the list from BCCI to be able to prepare the Asian squad," the source said.

Initially there were serious doubts on who all would be part of the Asia XI squad as Pakistan players form an integral part of cricket in the subcontinent and cricketing ties between India and Pakistan have hit a roadblock in recent years.

But BCCI Joint Secretary Jayesh George had clarified that there would be no Pakistan players invited for the match.

"What we are aware of is that there will be no Pakistan players in the Asia XI. That is what the message is, so, there is no question of both countries coming together or picking one over the other," he had said.

But the Pakistan Cricket Board had clarified that it wasn't about the BCB picking BCCI over PCB and it was a case of the Pakistan players being unavailable as they would be busy playing in the Pakistan Super League.

"The T20Is between World XI and Asia XI were scheduled from March 16-20, while the PSL 2020 is likely to end on March 22. Since dates of both the series couldn't be changed, we offered our regrets to the BCB, both verbally and in writing, which they understood and accepted," a PCB spokesperson said.

"It is unfortunate that the facts were twisted to mislead Pakistan cricket fans and followers."

Speaking on the composition of the squads, BCB President Nazmul Hassan had said: "We are looking for the best players among the current lot, and because the games will have international status, everyone will be serious about it."