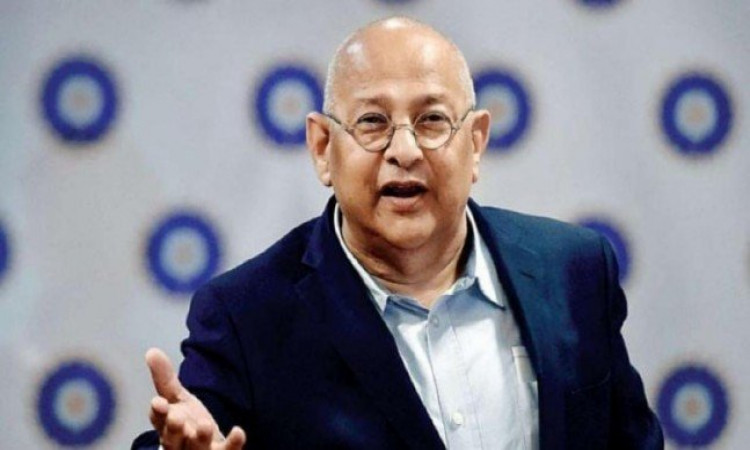 New Delhi, Sep 8: The Supreme Court-appointed Committee of Administrators (CoA) has show-caused BCCI's acting Secretary Amitabh Choudhary for failing to attend the ICC Conference in London post the 2019 World Cup as well as the Asian Cricket Council meeting in September in Bangkok. The CoA has asked the Secretary to explain why action should not be taken against him for failing to represent the board and, more importantly, not informing the committee of his unavailability.

The letter, accessed by IANS, points at the ICC conference as well as the ACC meet where the CoA came to know of him not attending the meeting in the eleventh hour. The CoA has also pointed how the Secretary has not informed the CoA of the agenda of any of the meetings that he has represented the BCCI in and despite that, the CoA has continued to approve his international travels.

"The ICC Conference was scheduled from 14th to 20th of July 2019. The Committee of Administrators came to learn of your unavailability to attend the ICC Conference scheduled in London for the 14th July on 12th July when you merely forwarded your e-mail dated 12th July 2019 to ICC, informing the ICC of your unavailability for the said meetings. The short notice did not leave any room with the Committee of Administrators to appoint a replacement to attend the said meetings in London. Consequently, the BCCI was unrepresented in the board meeting of the ICC.

The CoA further wrote that the last two instances have not only made it a matter of humiliation for the BCCI, but also saw the interest of the board being compromised due to the action of the Secretary.

"This was most humiliating for the Committee of Administrators and the organisation. Besides the fact that in both the meetings the BCCI went unrepresented, its interests have been seriously compromised by your action.

"In the aforesaid background, you are advised to show cause and explain within a period of 7 days from today why action should not be taken against you in relation to your aforesaid conduct," it said.

Speaking to IANS, a senior BCCI official said that the CoA has left no stones unturned to point fingers at the office bearers and humiliate them and this was another example of the same.

"The CoA has been following two simple rules. First is, 'damned if you do and damned if you don't' and the other is, 'show me a face and I will show you the rule'. They have lost no opportunity to humiliate the office bearers. They have completely ignored the office bearers. They have repeatedly made a mockery of their own position and have used individuals as and when it suited them and then discarded them without an ounce of weight on their conscience when they were done with using the people," he said.

Another board official pointed at how relations have soured between the CoA and the Secretary over time and this notice was the result of the same.

"Amitabh was their blue-eyed boy as is clear from their own status report before the Supreme Court. Some subsequent issue that may have hurt someone's ego subsequently would have resulted in him being thrown out like a perished commodity. If the decisions and implementation of the decisions of the CoA were considered by the CoA themselves, they would have to issue serious notices against themselves.

"It is all arbitrariness and nothing else. You tell me a simple thing, how does BCCI's representation to the ICC or the ACC come under the topic of 'Administration'? Does it involve day to day affairs? The answer is a resounding 'NO'!" he pointed out.