Kolkata, Nov 18 (Cricketnmore): The Board of Control for Cricket in India (BCCI) is exploring ways in which India doesn't bump into arch-rivals Pakistan in the nine-team Test league which got the green light recently from the International Cricket Council (ICC) and is aimed at bringing context and meaning to bilateral cricket. 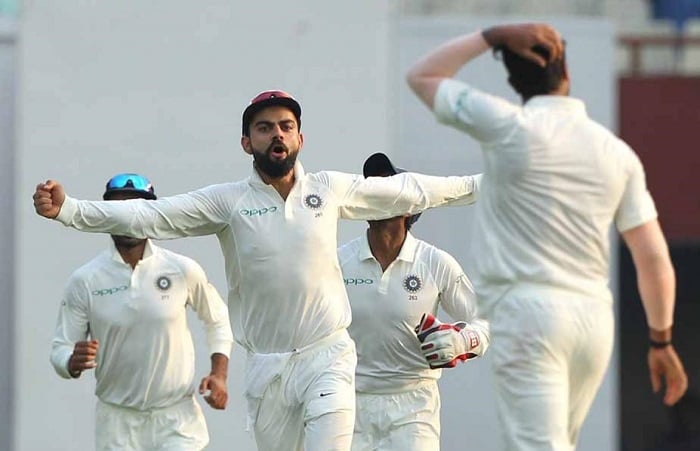 According to acting BCCI secretary Amitabh Chaudhury, present here during the first Test between India and Sri Lanka, the board will have to factor in these issues before taking a call.

"In any world competition or championship, if say 20 teams play, it is not possible to play each team against each other. The problem in not having a series between India and Pakistan is something which affects international cricket to a large extent.

"So nothing can really be planned out factoring the consequences on that situation. That's being looked after. As I said, it is not necessary to play each and every team in a championship," Chauhdury said.

Ahead of the December 1 SGM in New Delhi, BCCI treasurer Aniruddh Chaudhry had shot off a letter to acting president C.K. Khanna and the acting secretary, asking them to share the FTP plans before the scheduled SGM.

"Record my statement nobody is in the dark, all members of the Board will be sent notice of the SGM along with relevant papers on each of the agenda points.

"As far as writing letter is concerned, it's Constitution of India that has given rights to everyone to express. About not being in the loop, it's not a fact.

"Papers can't be circulated in a vacuum once the agenda is specified, it will be done when the time is right," Chaudhury said.

On October 13 at Auckland, the world's governing body for the sport decided on having a nine-team Test league and a 13-team ODI league aimed at bringing context and meaning to bilateral cricket.

The schedules of the leagues, due to start in 2019 and 2020 respectively, was not finalised.

The Test series league will see nine teams play six series over two years -- three home and three away -- with each having a minimum of two Tests and a maximum of five and all matches being played over five days culminating in a World Test League Championship Final.

The ODI league will be a direct qualification pathway towards the ICC Cricket World Cup and will be contested by the 12 Full Members plus the winners of the current ICC World Cricket League Championship.

In the first edition of the league, each side will play four home and four away series each comprising of three ODIs moving to all teams playing each other from the second cycle onwards.

In the same meeting, the Board approved a "trial" of four-day Test cricket, with South Africa and Zimbabwe playing the first official game of the new format on Boxing Day.

The trial is scheduled to run through until the 2019 World Cup, although participation in it is not mandatory.

"There are issues for and against it. At the moment it is difficult to say (whether India would take part in it or not)," the official said.

On hosting an international D/N test in the future, he said it's an option which the BCCI cannot confirm yet.