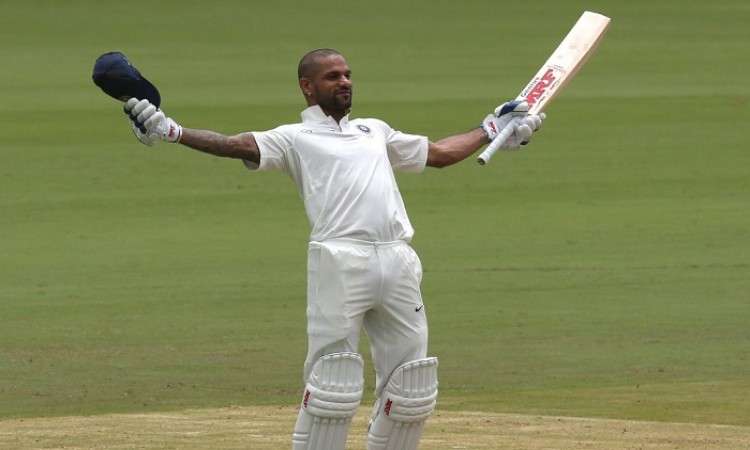 Bengaluru, June 15 (CRICKETNMORE):  The Board of Control for Cricket in India (BCCI) on Thursday congratulated Shikhar Dhawan for becoming the first Indian cricketer to score a century before lunch on Day 1 of a Test.

Dhawan blazed his way to an unbeaten 104 off 91 balls with 19 fours and three sixes in the historic one-off Test against Afghanistan here.

The previous record for the highest score by an Indian batsman was held by Virender Sehwag, who scored 99 not out against West Indies in Gros Islet. Left-hander Dhawan is only the sixth batsman overall to get to triple figures in the first session.

BCCI Acting President CK Khanna said: "Scoring a century in the first session is an incredible feat. I congratulate Shikhar Dhawan for his fabulous innings. It was a special knock, befitting the special occasion."