The Vijay Hazare Trophy will take place from February 20 to March 14 in six cities, though Delhi has again been ignored. Thirty-eight teams will compete in the tournament and they have been split into six groups, the BCCI has announced. 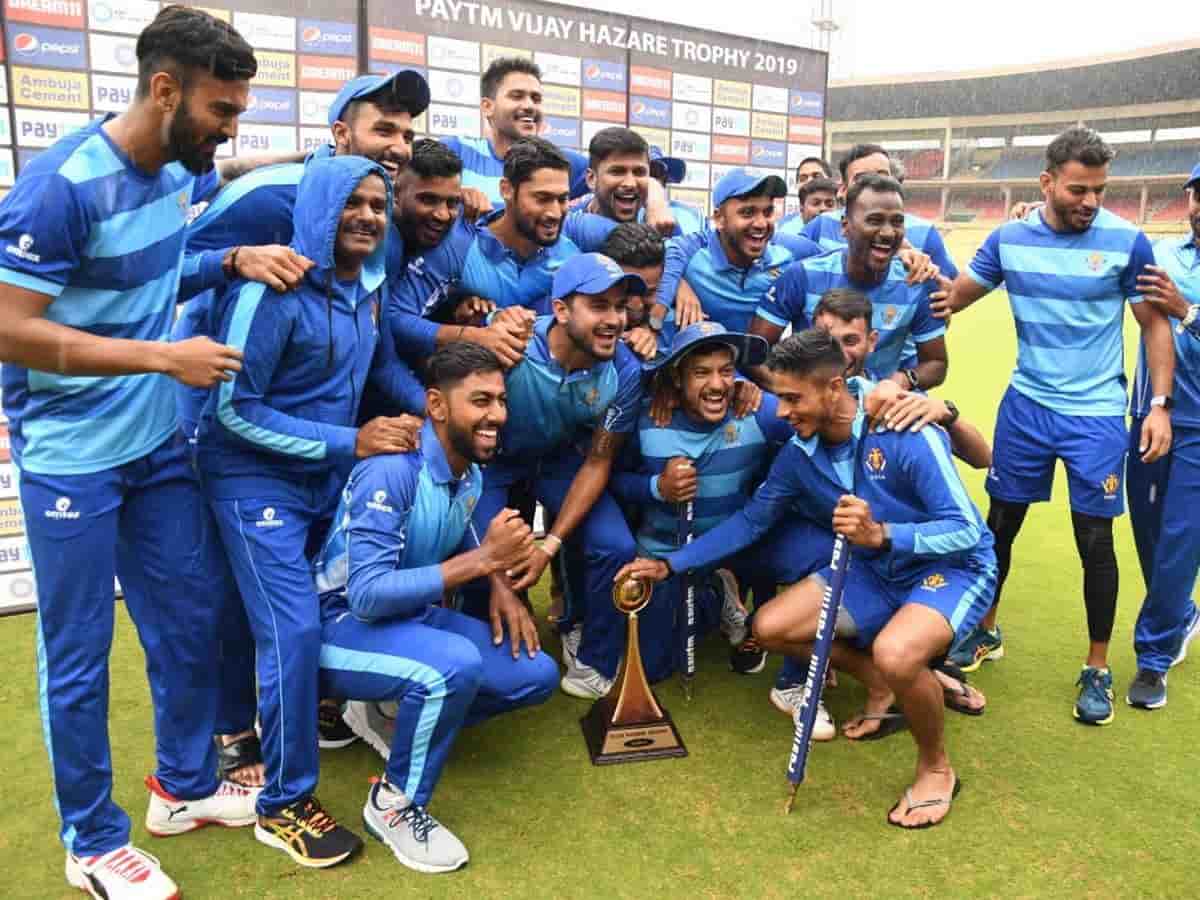 Teams have been divided into five Elite groups consisting of six teams in each group and the other group is the Plate group, consisting of eight teams. Teams in the Elite Groups A, B, C, D, and E will play across different venues in Surat, Indore, Bengaluru, Jaipur, and Kolkata respectively while the Plate group teams will play matches in Chennai.

Delhi, which was not allotted matches of the T20 Syed Mushtaq Ali Trophy, has once again been ignored as one of the venues for the Vijay Hazare Trophy despite witnessing a downward spiral in Covid-19 cases. In fact, on February 9, Delhi reported zero Covid deaths for the first time since May 11 last year.

As per the schedule announced by the Board of Control for Cricket in India (BCCI), players will have to assemble in the location a week before the start of the tournament. The players will undergo quarantine and there will be three Covid-19 tests on February 13, 15, and 17 while the practice session will be held on February 18 and 19. The league phase of the tournament is scheduled to take place from February 20 until March 1.