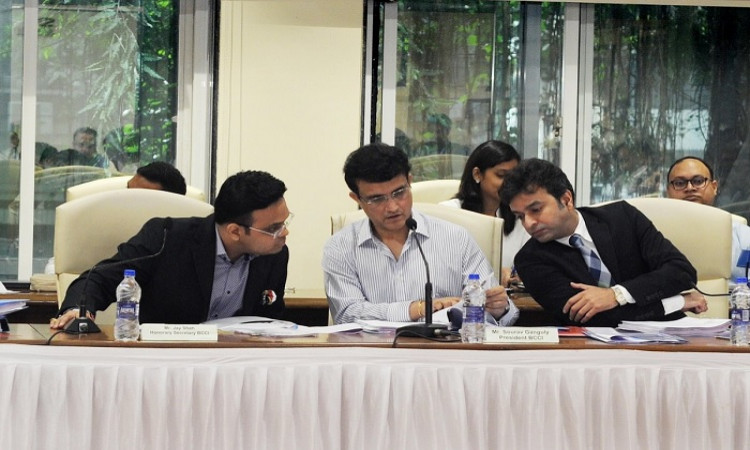 Mumbai, Dec 1: The BCCI members met at the HQ on Sunday for the 88th Annual General Meeting of the board and it started with remembering former Union Finance Minister and senior BJP leader Arun Jaitley, who passed away earlier this year.

Jaitley was known as much for his political decision making as he was for helping solve issues and provide roadmaps for the growth of BCCI over the years in several capacities. He passed away in August this year after a prolonged illness.

Also Read: Rohit can break Lara's record of 400 not out: David Warner

"(Secretary) Jay Shah made it a point to honour his memory," a source told IANS.

The first AGM with former captain Sourav Ganguly at the helm was successfully held and during the meeting the members questioned some of the financial steps taken by the Committee of Administrators (COA) during their time in charge of the board.

Former Treasurer Anirudh Chaudhry had earlier mentioned how Vinod Rai had not only failed the board with respect to the ICC during his term as CoA chief, but also that his self-confessed relationship with ICC Chairman Shashank Manohar might have cost the Indian board dearly.

The CoA was in control of the cricket body for 33 months before the new office-bearers, led by Ganguly, took charge last month.

The account of the last three financial years was examined at the AGM.

Regarding the amendments which also include president Ganguly's current nine-month stint which can get an extension if the BCCI dilutes the specific reform on tenure-cap as mandated by the SC-appointed Lodha Committee, it was decided that a legal opinion will be sought first and clarifications will be sought for changes from the Supreme Court.

"The new officials want to keep the SC in loop with regards to any amendments they make, contrary to some of the opinions that have been reported in the media," a member said.