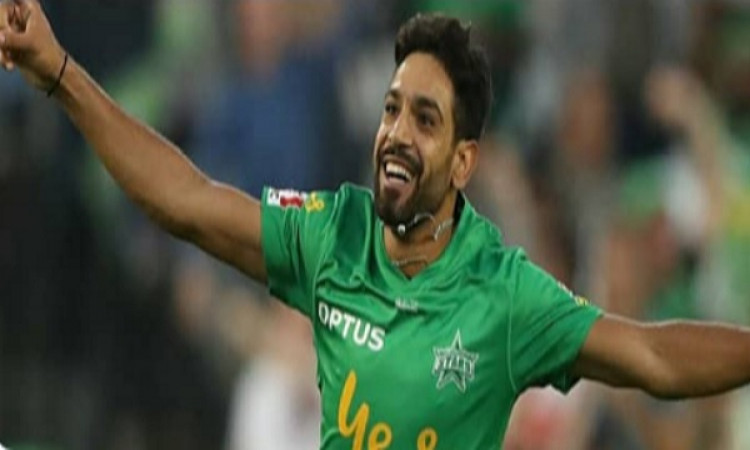 Melbourne, Jan 8  Rising Pakistan pacer Haris Rauf on Wednesday made it two hat-tricks in the Big Bash League (BBL) after Rashid Khan, as he snared a treble for his side Melbourne Stars against Sydney Thunder.

Haris was almost having a wicketless game before he produced three excellent deliveries in the last over of Thunder's innings to pick up the wickets of Matthew Gilkes, Callum Ferguson and Daniel Sams to end on a high with figures of 3/23 in his four overs.

Thunder could manage 145/5 but the focus was on Rauf as the 26-year-old first had Gilkes caught at fine leg with a back of a length off cutter, then castled Ferguson in the next delivery with another length off cutter and finally trapped Sams in front.

Earlier in the day, Afghanistan leggie Rashid once again proved why he is one of the best in the business when it comes to the shortest format of the game as he registered his third career T20 hat-trick in a game between Sydney Sixers and Adelaide Strikers.

The spinner first accounted for the wicket of Sixers' skipper James Vince (27) in the second last ball of the 11th over before accounting for the wicket of incoming batter Jack Edwards, who was back in the hut without opening his account after being trapped by Rashid in the next delivery.

Rashid had also dismissed Sixers' skipper Daniel Hughes (17) earlier to return with impressive figures of 4/22 from his allotted four overs.