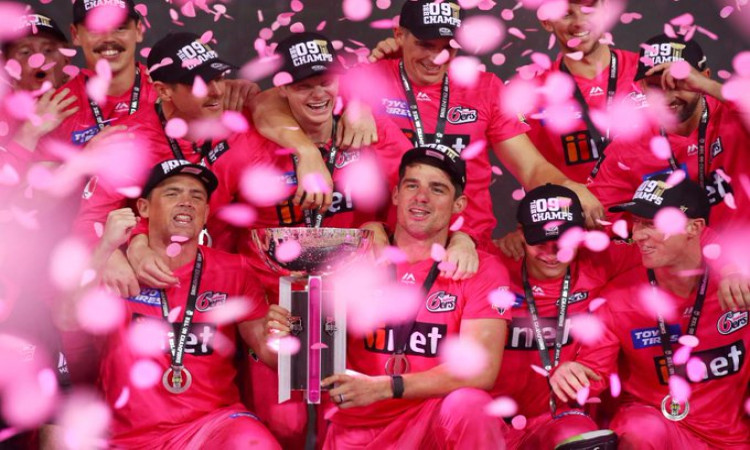 Sydney, Feb 8:  Sydney Sixers on Saturday beat Melbourne Stars by 19 runs to win their second Big Bash League title. The match was off to a delayed start due to persistent rain in Sydney. It was finally decided it would be a 12-overs-a-side contest and the Stars won the bat flip and chose to bowl first.

Opener Josh Philippe scored 52 while Steve Smith scored 21 to get them going. Jordan Silk's 27 off 15 balls down the order then helped the Stars post a total 116/5.

Among bowlers, Nathan Lyon and Steve O'Keefe may have taken two each but pacer Josh Hazlewood hurt the Stars the most. In the three overs that he bowled, Hazlewood gave just 18 runs and took the wicket of opener Nic Maddinson. Among Lyon's wickets were Marcus Stoinis while O'Keefe dismissed Stars captain Glenn Maxwell.

The Stars were in the end restricted to 97/6, thus handing the Sixers a 19-run win.