A combined bowling effort by Sydney Sixers help the team bowl out Brisbane Heat for 148 in the first innings of the 35th match of the Big Bash League(BBL). 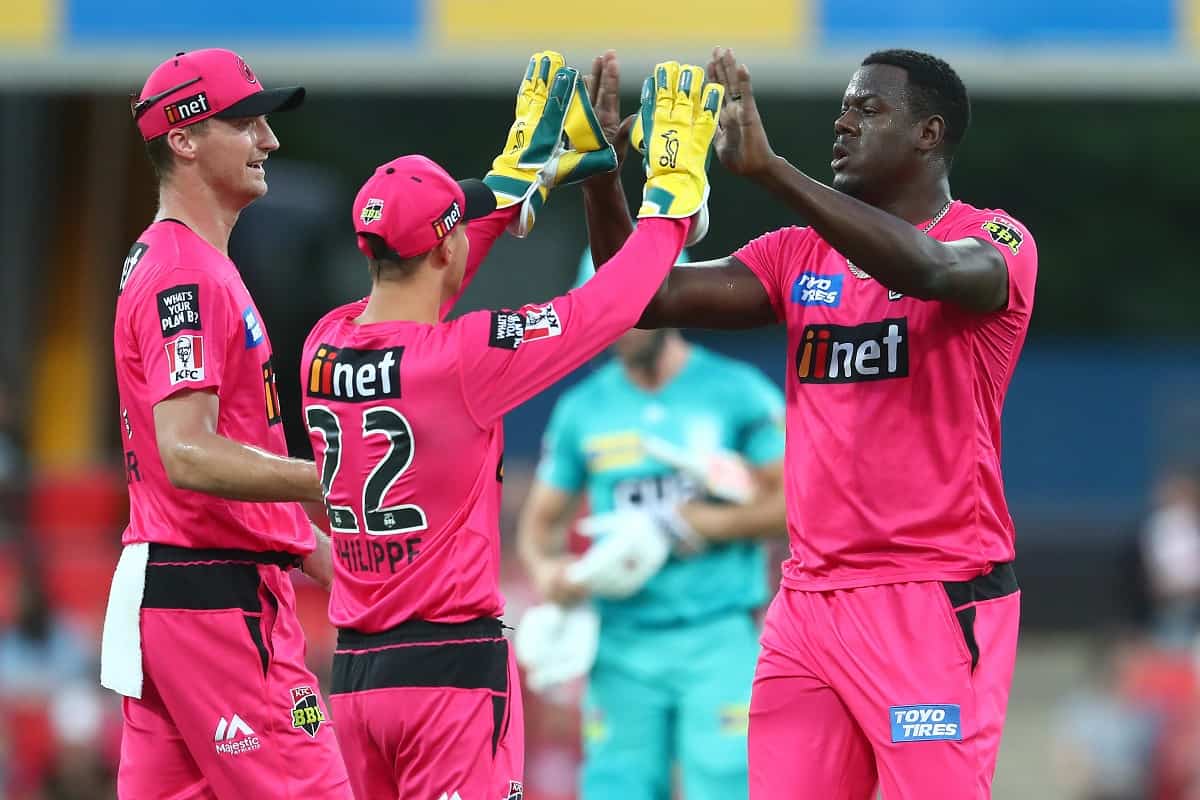 Sixers, after putting Heat in to bat, removed opener Max Bryant and Joe Denly inside the first four overs. Brisbane could only manage to score 29 runs in the powerplay.

Chris Lynn, not at his usual pace, took the game forward the wickets continued to fell at regular intervals. Lynn scored a 44-ball 56, which included seven fours and a six.

A lunging Jack Edwards isn't enough. Chris Lynn waits til the 15th over to his hit first #BBL10 pic.twitter.com/n02M3Js1Nh

Lynn got out in the 16th over and the game was further taken by Lewis Gregory. He scored a quickfire 26 with the help of two sixes and a four. Gregory, too, didn't get much support from the other end and got out in the penultimate over.

Carlos Braithwaite was the wrecker in chief for Sixers as he took four wickets in his four overs. Jake Ball got three while Jackson Bird picked up two wickets.