Sydney Thunder defeats Melbourne Renegades by 129 runs in the 14th match of the Big Bash League(BBL)  on Saturday. 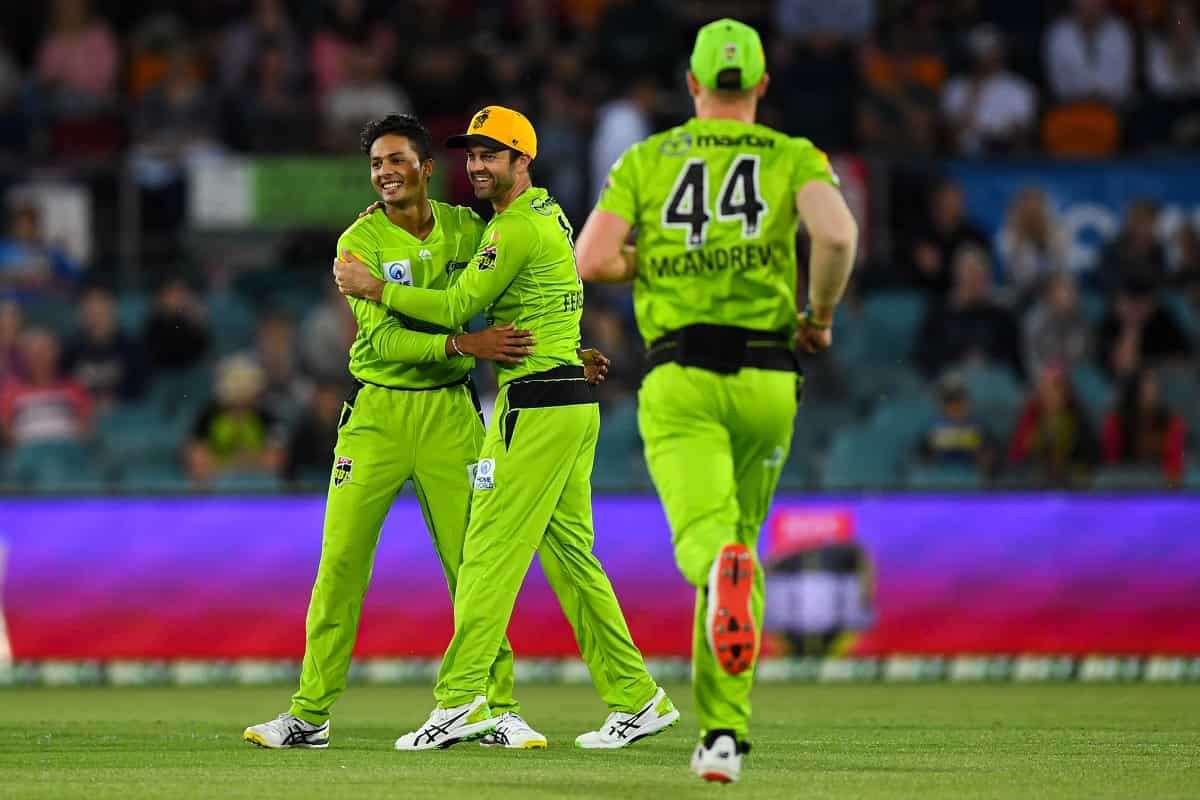 Chasing a mammoth target of 210, Renegades lost the wicket of opener Shaun Marsh early. Melbourne never really got going and failed to make a partnership.

Aaron Finch top-scored with 20 runs, and Rilee Rossouw contributing 17 runs. The rest of the batsmen could not make more than seven runs as Melbourne Renedages got bundled out for 80 runs.

Tanveer Sangha was the wrecker in chief. He took four wickets in 3.2 overs of his spell while conceding just 14 runs.

Earlier, Thunder scored a massive total of 209 runs with the help of some powerful top-order batting. Oliver Davies smacked five sixes during his knock of 48 runs off 23 balls. He was well supported by Usman Khawaja and Alex Hales, who partnered to score 70 runs in under six overs.

Nathan McAndrew smashed three sixes in the last over to get the score past 200 after a brief collapse in the late overs triggered by Kane Richardson.