Adelaide Strikers bowled out Melbourne Renegades for mere 111 runs to win the 29th match of Big Bash League(BBL) by 60 runs on Tuesday. 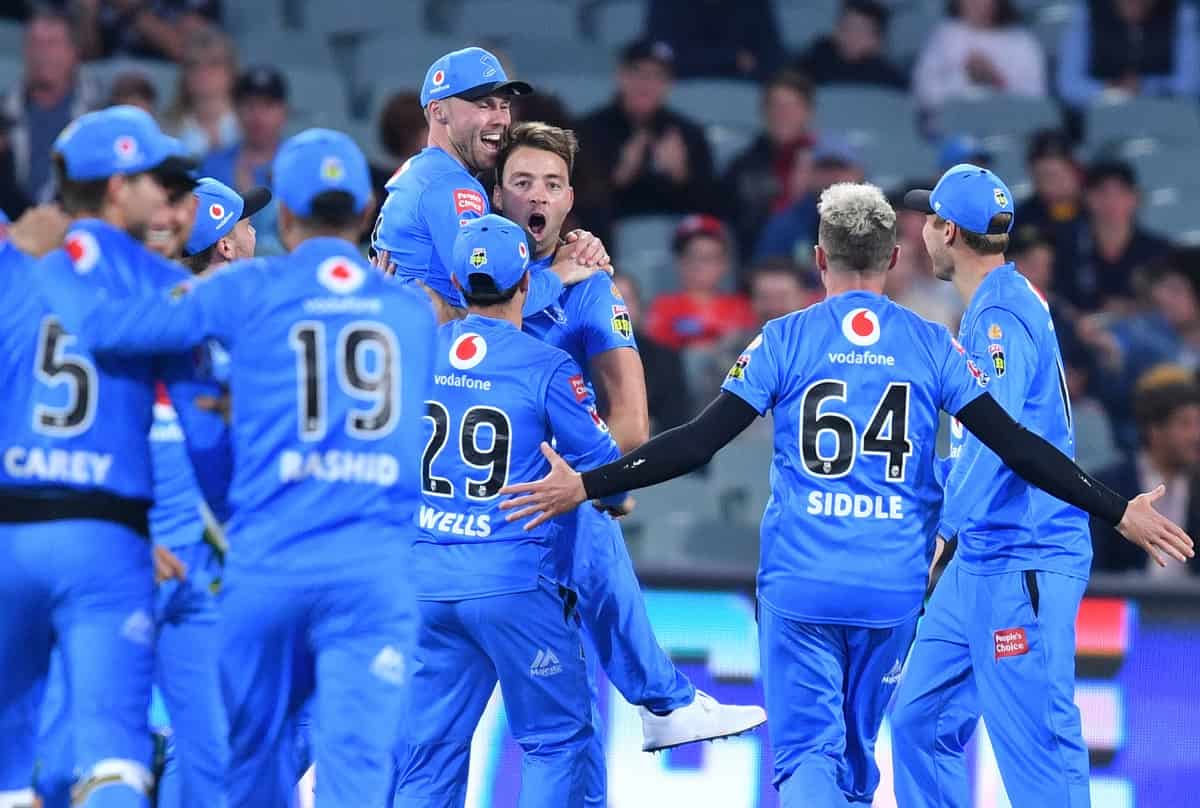 Peter Siddle and Wes Agar combined to take three wickets each to wreck the Renegades batting line up.

Melbourne got off to a bad start as they lost captain Aaron Finch on the very first ball of the run chase. However, Sam Harper and Mackenzie Harvey added 67 runs for the second wicket. When the run chase was looking solid, Renegades lost both Harper(34) and Mackenzie(31) in quick succession.

The team lost the plot completely after that as none of the following batsmen could survive at the crease. Wes Agar removed Mackenzie Harvey, Mohammad Nabi, and Josh Lalor while Siddle cleaned up the lower order.

Earlier, Jake Weatherald and Ryan Gibson took Strikers to a total of 171 after a slow start to the innings. The two added 96 runs in 52 balls as the team scored 101 runs off the final nine overs.