Another day, another thriller in the Big Bash League(BBL) as Hobart Hurricanes defeat Brisbane Heat by one run on Wednesday. 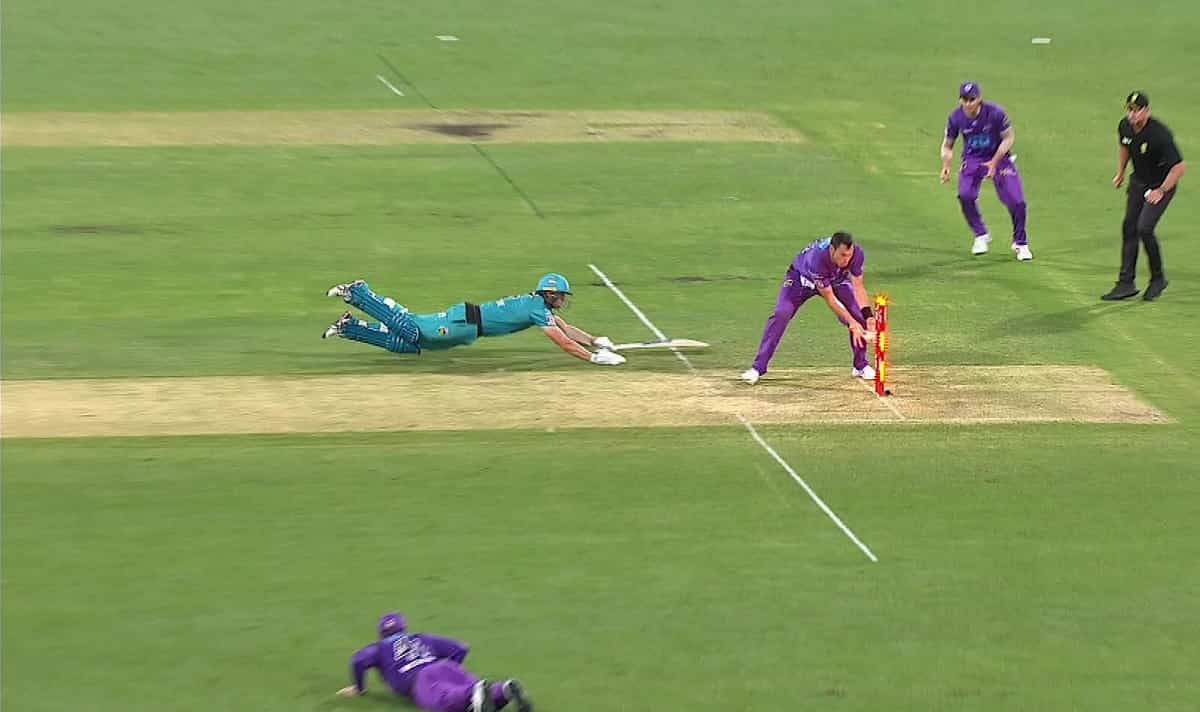 Brisbane Heat needed seven runs from the final over of the game which went down to two runs off the last ball. Mark Steketee punched the ball to the covers, which was fielded by Colin Ingram, who threw a direct hit at the bowlers' end resulting in a runout.


Aus vs Ind: 'How Was Quarantine My Friend', Shastri Jokes After Rohit Joins Team At Melbourne

The heat got reduced to 3/8 at the start of their run chase of 151. Max Bryant and Lewis Gregory revived the innings with their 52 run partnership. Bryant scored 32 runs off 21 balls, which included three fours and a six while Gregory hit 29 runs from 27 balls.

James Bazley took the game forward with his 31-ball 49 run innings with the help of four fours and two sixes.

Earlier, Hobart Hurricanes got bowled out for 150 after Mujeeb Ur Rahman took his maiden five-wicket haul in T20 cricket. Dawid Malan top-scored with the bat to score 39 runs from 32 balls. Tim David helped Hurricanes reach the 150 run mark with his 17-ball 36.