West Indies all-rounder Keemo Paul is set to make his Big Bash League(BBL) debut as he has signed with the Hobart Hurricanes ahead of the upcoming edition. 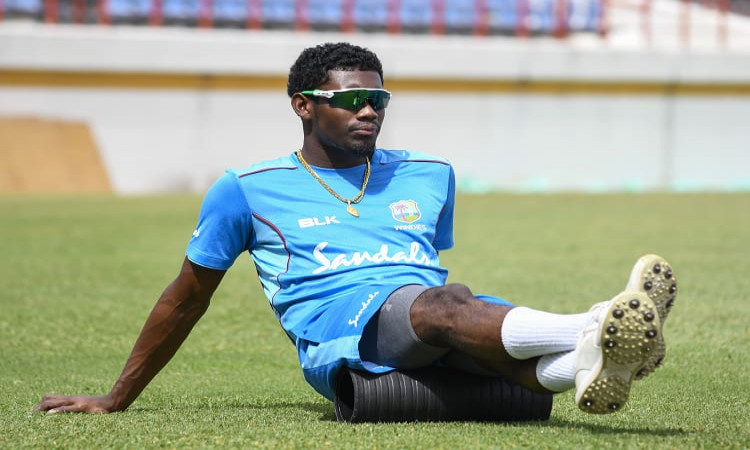 Following the conclusion of the Indian Premier League (IPL), Paul has now joined his West Indian teammates in New Zealand, and after the completion of their T20I and Test series, he will join up with the Hurricanes for BBL 10.

"I am really excited to be joining Hobart for the upcoming BBL, and I am very grateful for the opportunity," Paul said. "I have always been a big BBL fan and avid watcher of tournament, and I cannot wait to join up with the Hurricanes group," he added.

The 22-year-old comes to the Hurricanes highly recommended by Tasmanian cricket great, Ricky Ponting, Paul's coach at the Delhi Capitals in the IPL.

Hurricanes head coach Adam Griffith confirmed that Paul's signing was an exciting inclusion for the squad.

"Keemo is another exciting young player, in the early stages of his international career," Griffith said.

"A bowling all-rounder with very good skills, Keemo uses different types of slower balls and loves bowling at the death. He's also a hard-hitting batsman that can clear the fence, adding more power to our lower-middle order to finish off an innings," he added.

The right-hander made his T20I debut for the West Indies against Afghanistan in March 2018 and has since gone on to play 18 T20Is for the Windies, taking a total of 24 wickets and making 142 runs at an average of 20.28.

Paul has joined England's Dawid Malan at Hurricanes as their international import, with the third international signing set to be named on Thursday.