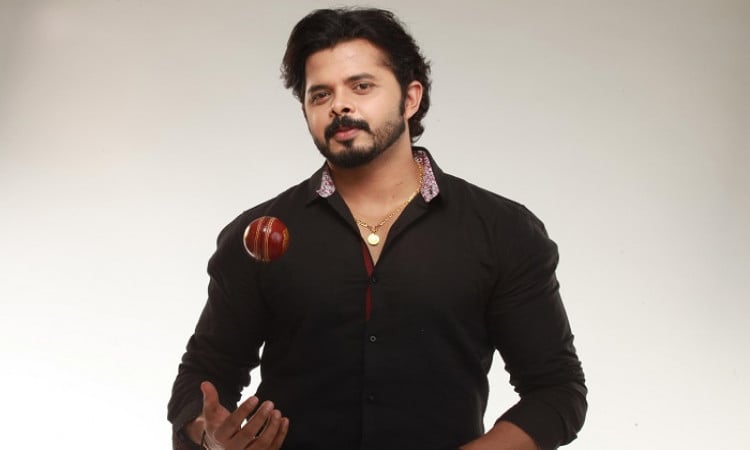 Kochi, June 21: Fast bowler S. Sreesanth has revealed he had suicidal thoughts during the time he was banned for life by BCCI in August 2013 for his alleged involvement in the spot-fixing scandal that rocked the 2013 Indian Premier League.

In 2015, however, a special court in Delhi acquitted him of all charges. He has now revealed that he fought hard against suicidal thoughts during that dark phase in his life.

"It is something I battled with incessantly in 2013. It was there everywhere I turned, the easy way out, but my family kept me sane. I had to stick around for my family. I knew they needed me," Sreesanth, who was part of India's 2011 ODI World Cup winning side, was quoted as saying by Deccan Herald.

Sreesanth said he was good friends with actor Sushant Singh Rajput who recently died. Sushant was found hanging in his Bandra residence (in Mumbai) on June 14 by his domestic help, which left the industry and his fans shocked.

He was reportedly battling depression over the past few months and undergoing treatment.

"That's why the news of Sushant Singh's (Rajput) death affected me so much, besides the fact that he was a good friend. I was on that edge but I walked back because I knew how much it would hurt those who believe in me and love me. I am writing a small book, it should be out in a month or so, about this episode and about how you're not lonely. And how if you are lonely, it's not necessarily a bad thing because great things can come from this space of loneliness.

"These moments of loneliness can give you rare insights into your own being. That's huge because people don't appreciate who they are. I don't like talking about this but there was a time when I was struggling to pay my bills. I didn't know where my next meal would come from. That's why I am so grateful for all the shows that hired me and trusted in me," said the 37-year-old.

IANS had earlier reported the Kerala Cricket Association had said that it would consider Sreesanth after his ban ends in September for their Ranji team.

On depression, he said: "It's one of those topics that very underestimated and also overestimated. You know I was scared of the dark at one point. I couldn't step out of the house and I didn't let anyone step out of the house because I feared that I/ they would get kidnapped. I was in a deep depression at the time. I had all these thoughts in my room but I couldn't leave my room without a smile on my face because my parents would not have been able to handle it.

"I didn't want to show my weakness to them. I was completely on my own in these moments, I was crying all the time trying to figure out where I went wrong and what happened to me.

"I was living this dual life and it was too much to handle. I was Sreesanth to the world and Gopu to the family, but in my room, I didn't know what I was. That's why I started discovering hobbies and working on them with a lot of seriousness," he added.