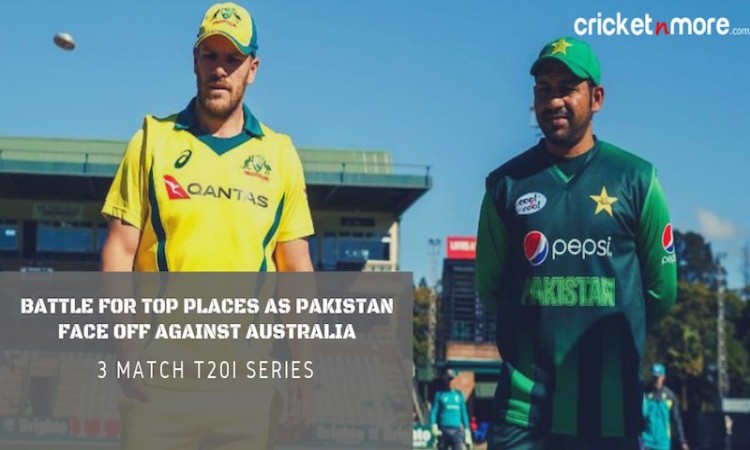 Oct.23 (CRICKETNMORE) - Australia have a chance to attain top position in the ICC T20I Team Rankings for the first time when they take on Pakistan in a three-match series in the United Arab Emirates from Wednesday.

The mission though is not easy since only a 3-0 victory will lift the reigning 50-over world champions to become the eighth side to attain top ranking in the T20I format. England, India, New Zealand, South Africa, Sri Lanka and the Windies are the other sides to have been top-ranked.

Also Read: Not really thinking too far ahead: Rayudu

Australia, who scored an easy seven-wicket win over the United Arab Emirates on Monday, are presently third with 123 points, just one point behind India, while Pakistan are perched at 132 points. A series sweep will take Australia to 130 points and bring Pakistan down to 127 points while Australia will move ahead of India to second position with a 2-1 series win.

On the other hand, Pakistan need to win just one of the three matches to remain in top place.

TAGS Pakistan vs Australia in UAE in 2018