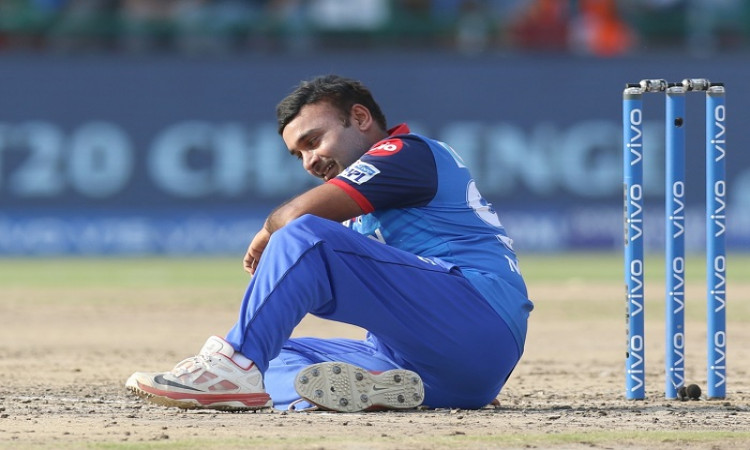 New Delhi, May 11: Experienced leg-spinner Amit Mishra recently reminisced his 84-run Test knock which he played against England in the 2011 Test series.

In the fourth Test of the series played at the Kennington Oval in London, Mishra scored 43 in the first innings and followed it up with a brilliant 84 in the second, along side Sachin Tendulkar's 91. However, their efforts went in vain as India lost the match by an innings and eight runs.

"I am really proud to have batted with Sachin paji. I think it was one of the most memorable moments of my Test career. We were playing against England in the 2011 tour, and I had scored 43 in the first innings," said Mishra during an Instagram Live session with the official handle of Delhi Capitals on Sunday.

"The second innings, we were following on, and needed to play well to avoid defeat. I went in as night watchman, and Sachin paji kept guiding me through the innings.

"It was important for us to get through the morning session, and I ended up scoring 84, while paji made 91. However, I was also really gutted that we lost the match," he added.

"I feel emotionally connected with Delhi Capitals having played here for eight years. I feel like the team is part of my DNA now, and my aim always is to try to give more than 100 per cent every time I step onto the field," said Mishra.

"The owners, management and the team have always been there for me, and I'm really grateful to be playing for the franchise," added the 37-year-old.

Reflecting on last season's excellent performances, the veteran bowler credited the positive team environment for the success. "I think last year was fantastic for us – you could see the team was united throughout, and that reflected onto the field as well. I believe everyone was playing their roles well, and the positivity around the group really helped us in putting in great performances," said the IPL's second highest wicket-taker.

"We were also good at home – we played some solid cricket at Kotla, which really got the fans going. I think it was one of the best seasons the franchise has had in terms of support and performances," he added.

Talking about the prospect of playing in empty stadiums, the veteran spinner, who has 157 wickets in 147 IPL matches said it is important to first deal with the pandemic.

"I feel the most important thing right now is to deal with the coronavirus and ensure that we are taking all precautions. After that, once the situation is better, we should definitely have cricket. It would mean that the fans can enjoy the sport on TV at least."

Recently, the 37-year-old has also been seen donating essentials to those in need, and spoke about how this initiative came about. "I have some friends in the police and in various NGOs, and during a chat they mentioned to me that people are facing huge problems with basic essentials. I decided to help, and have tried to provide items of basic utility like raw food, masks, kits to those in need," said Mishra.