Batting at top for Sunrisers Hyderabad, not for World Cup spot: Vijay Shankar 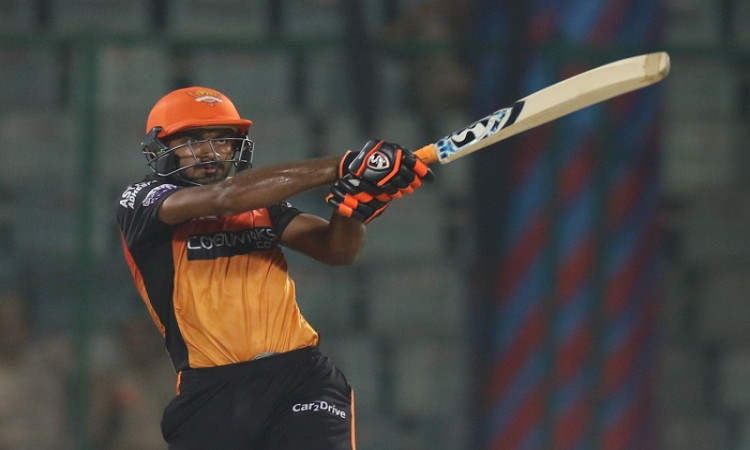 New Delhi, April 12 (CRICKETNMORE): From the low of the Nidahas Trophy final in Sri Lanka to now being in the scheme of things as the national selectors gear up to pick the India squad for the World Cup, all-rounder Vijay Shankar has come a long way. While Indian fans and cricketers await with bated breath for M.S.K Prasad and team to announce the squad for the showpiece event on Monday, Shankar wants to focus on the job at hand -- winning games for Sunrisers Hyderabad.

Speaking to IANS, Shankar said that even when he was down and out, it was the SRH management which backed him and helped him come back strongly, so his focus is the IPL.

"Wearing the India cap is a dream for every cricketer. But I haven't let the thought of the World Cup team selection affect me. I have looked to focus and contribute for SRH.

"It is very important to do well for Hyderabad. I got into SRH before I made a comeback into the Indian team. So, the trust they have shown in me, must be repaid," he said.

Asked if the idea to bat at No.3 and 4 in the IPL is an attempt to prepare for the role (if given) in the Indian team for the World Cup, he said: "I have not thought about that, but it is really good that I am batting up the order.

"Even in the series against New Zealand, I batted at three and here I have done that for SRH and that is a good thing that has happened. I had a decent series in New Zealand and the most important thing is that when the team shows trust, it gives you more confidence.

"It has nothing to do with World Cup, it is about doing what suits the team and the situations."

After receiving brickbats post the loss in Sri Lanka, Shankar decided to make sure that he did not put undue pressure on himself and enjoyed the game. And that he feels has helped him in his cause to rise and perform well in recent times.

"I think I am enjoying a lot more, not putting any undue pressure. I love to play according to the situation and win games for the team. I think I always give importance to my work ethics and that has helped me," he said.

While SRH started well, they have failed to be consistent and that sees them currently sitting on the fifth spot after six games with three wins and three losses.

Shankar feels that winning key moments will be the key as the team has the perfect balance of youth and experience.

"I think we have a very good side, we have addressed most of the areas. If you see the games we lost, we failed to grab the important moments. Even in the first game, we were in there against Kolkata till the 17th over. The last two-three overs changed the games. Key moments were lost, but as cricketers we need to keep learning and get better every day. If we can learn from our mistakes and do the right things, we can win more games. The team has gelled really well," he said.

Asked if there is any additional pressure now that he is an India player playing in the IPL, Shankar said it is always about giving it his best shot as far as an all-rounder is concerned.

"I always put myself in that situation where I look to push myself to the extreme. It is important for me to think the same way. I look to give it my best in every game," he said.