Dubai, March 17 (CRICKETNMORE) - In the aftermath of Friday's ugly final over drama between Sri Lanka and Bangladesh in the Nidahas Trophy T20 tri-series in Colombo, Bangladesh skipper Shakib Al Hasan and reserve Nurul Hasan have both been fined 25 percent of their match fees and also received one demerit point for breaching Level 1 of the ICC code of conduct.

This was the first time either player has had one demerit point since the system came into effect in September 2016. 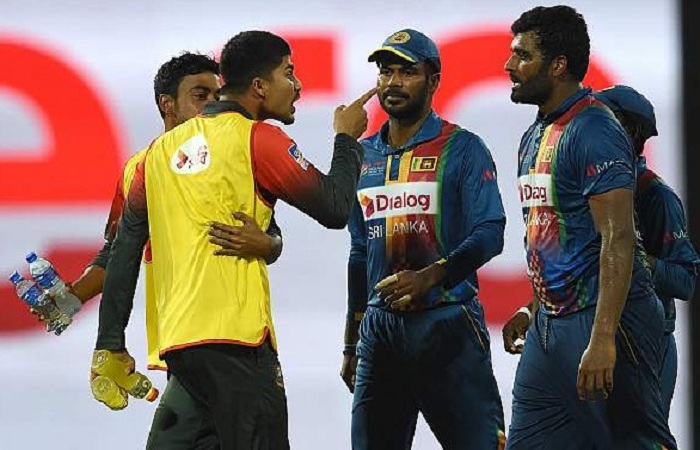 "Shakib was found to have breached Article 2.1.1 of the ICC code of conduct for players and player support personnel, which relates to conduct that is contrary to the spirit of the game, while Nurul was found guilty of violating Article 2.1.2, which deals with conduct that brings the game into disrepute," the ICC said in a statement.

The incident involving Shakib happened in the final over of the Bangladesh innings when he came to the edge of the boundary and gestured at his batsmen to come off the field while remonstrating against an umpiring decision.