Former cricketers and analysts blamed Bangladesh's disastrous start to the T20 World Cup on the intense pressure placed on the national team. Bangladesh lost to the West Indies by three runs in Sh 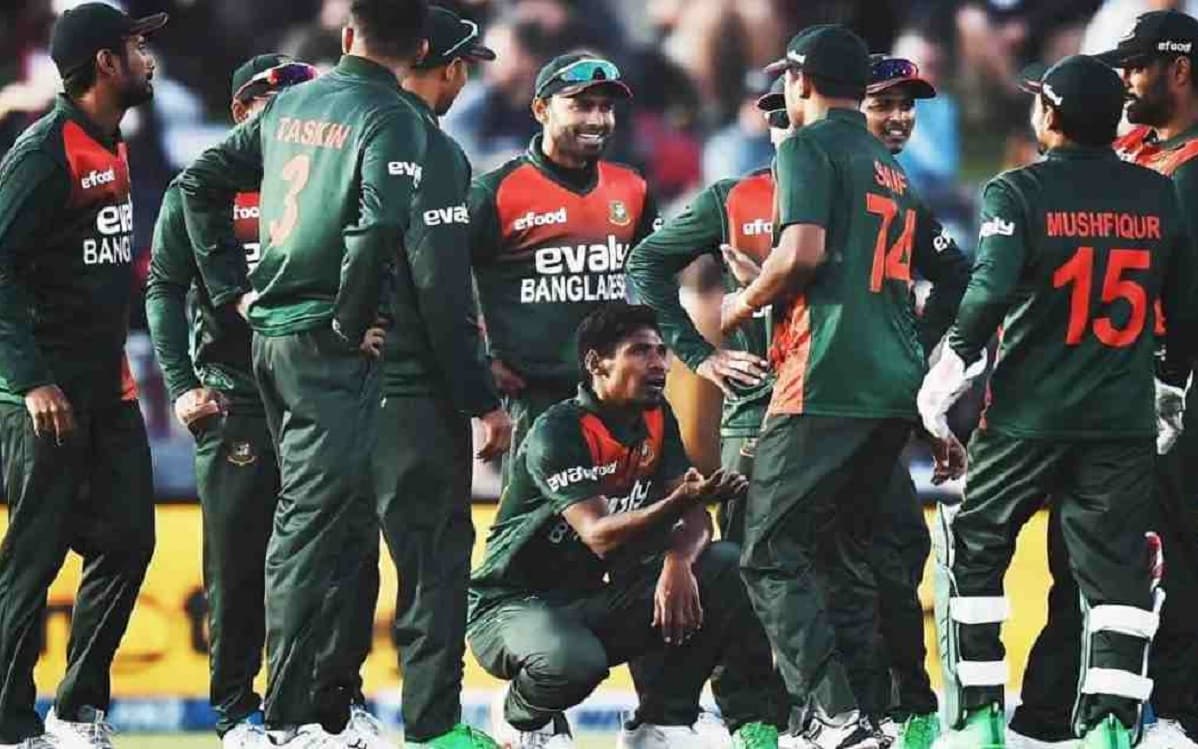 Former cricketers and analysts blamed Bangladesh's disastrous start to the T20 World Cup on the intense pressure placed on the national team.

Bangladesh lost to the West Indies by three runs in Sharjah on Friday -- the team's third successive defeat in as many matches in the Super-12 phase, effectively ending their chances to qualify for the semi-final.

"If you look at other teams, you see they enjoy their game.  Win or lose, they keep smiles on their faces," former Bangladesh captain Khaled Mashud wrote in mass circulated daily Prothom Alo.

"Our players cannot enjoy their game."

Bangladesh began the tournament with a defeat against Scotland but scraped through to the Super-12s with wins against Oman and Papua New Guinea.

They initially had Sri Lanka on their knees in their opening Super-12 match, but sloppy fielding and some inexplicable bowling changes by skipper Mahmudullah Riyad cost them the match.

After being trounced by England, Mahmudullah's side had the West Indies on the ropes, opting to bowl first and reducing their opponents to 64-4 in 12.4 overs.

But Nicolas Pooran's 22-ball 40 led a West Indies resurgence, leading them to a competitive 142-7 on a slow pitch in Sharjah.

Bangladesh were in the game until the last ball with skipper Mahmudullah needing to strike a boundary, but he conceded a dot instead off Andre Russell's yorker.

"Bangladesh played under too much pressure. We got a chance and we fought. In the end, we lost to the West Indies' experience and wisdom," Gazi Ashraf Hossain, another former captain, wrote in a newspaper column.

Editor of cricket website risingbd.com MM Kayser said the team had been under pressure since coming under intense criticism from Bangladesh Cricket Board president Nazmul Hassan after their loss to Scotland.

Mahmudullah hit back against the "belittling" comments, saying the team's commitment could not be questioned and that they even played through injuries.

Senior batsman Mushfiqur Rahim has asked critics to "look in the mirror".

And former captain Mashrafe Mortaza blasted the team's coaching staff after the Sri Lanka defeat, accusing them of not giving players enough support.

"The current team management looks like a rehab centre, where previously jobless South African coaches have been given jobs," Mashrafe wrote on Facebook.

Bangladesh will face South Africa in their next match on November 2.