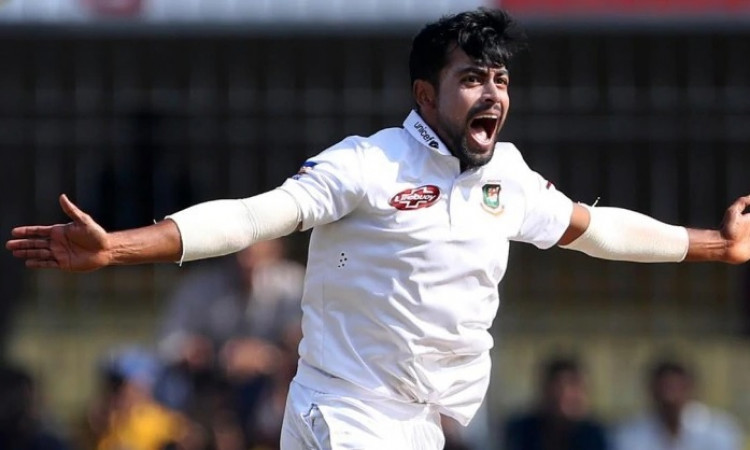 Rawalpindi, Feb 10:  Bangladesh fast bowler Abu Jayed has been given an official reprimand for breaching Level 1 of the ICC Code of Conduct during the ongoing first Test against Pakistan in Rawalpindi.

The pacer was found to have breached code of conduct in the 23rd over of Pakistan's first innings on Day Two wherein Jayed, after dismissing Pakistan captain Azhar Ali, celebrated too close to the batsman, which could have provoked an aggressive response from Azhar.

Also Read: Will play with freedom despite being 2-0 down, says Shardul Thakur

One demerit point has been added to the disciplinary record of Jayed, for whom it was the first offence in a 24-month period.

The 26-year-old admitted to the offence and accepted the sanction proposed by match referee Richie Richardson and, as such, there was no need for a formal hearing. On-field umpires Nigel Llong and Chris Gaffaney, third umpire Marais Erasmus and fourth official Shozab Raza levelled the charges.