West Indies beat Bangladesh in the first of the two-match series at Chattogram. The home team will be hoping to defeat visitors to save the test series. 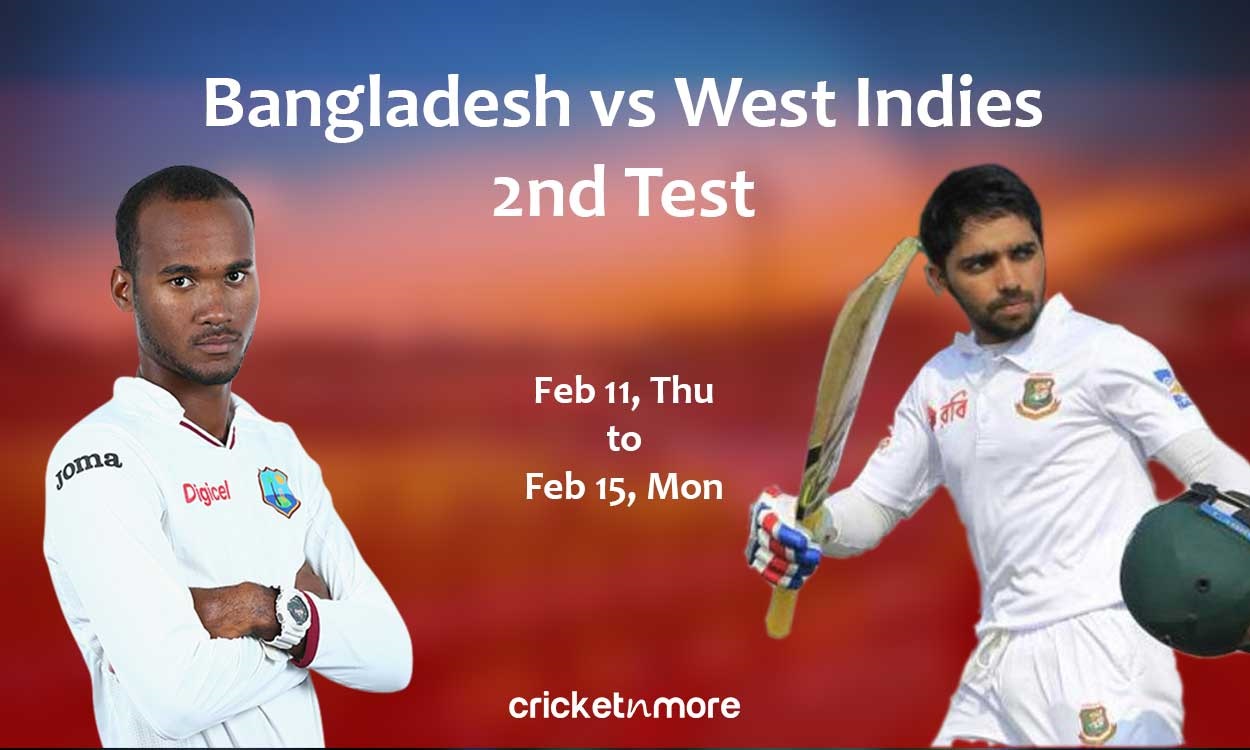 Bangladesh batsmen had a good outing in the 1st Test. All the batsmen, barring Tamim Iqbal, got starts. The middle-order contributing in both innings will be the biggest takeaway from the previous game for the home team. Captain Mominul Haque scoring a century on a wearing pitch will give him immense confidence for the second test. The absence of Shakib Al Hasan will be tough to fill considering Bangladesh doesn't really have an all-rounder on the bench for this series.

Mehidy Hasan has been in great form in this series. After a successful limited-overs series, he scored a century in the first innings, took eight wickets in the match. He will be the key player for Bangladesh in the second test.