Bangladesh captain Mahmudullah guided his side to their first ever series win over Australia on Friday, masterminding a thrilling 10-run victory in the third Twenty20 international. Having taken an un 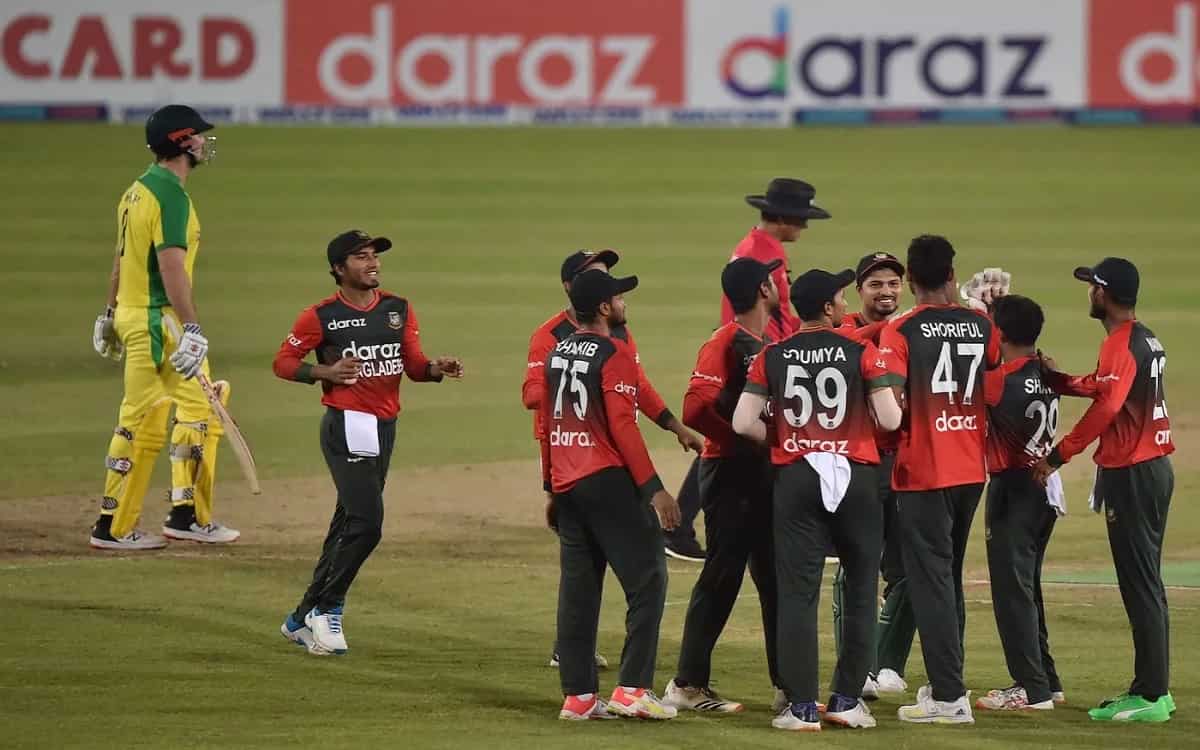 Bangladesh captain Mahmudullah guided his side to their first ever series win over Australia on Friday, masterminding a thrilling 10-run victory in the third Twenty20 international.

Having taken an unassailable 3-0 lead in the five-match series in Dhaka, the young Bangladesh team fell into each other's arms in disbelief at their biggest night in cricket. Before this week, Bangladesh had never even beaten Australia in a T20. It was their first series win over their lauded opponents in any format.

"I am so proud. The boys stood up at an important time," said the captain, whose 52 was the foundation of Bangladesh's 127 for nine off their 20 overs.

While Mitchell Marsh, who made 51, and Ben McDermott (35) had threatened to see Australia to victory in the empty stadium, Bangladesh's bowlers again put a stranglehold on the run scoring in the final overs.

Left arm pace bowler Mustafizur Rahman gave away just nine runs from his four overs. Australia made just 117 for four, losing by 10 runs, to the frustration of their captain Matthew Wade.

Even a hat-trick by young bowler Nathan Ellis on his debut could not lift the side and their gloom. "Very disappointing," was Wade's verdict of the match and a series that followed their defeat in the T20 series in the West Indies last month.

While they have been without Steve Smith, David Warner and Pat Cummins there are still concerns in the Australian camp. "We would like to correct a few things," Wade admitted.