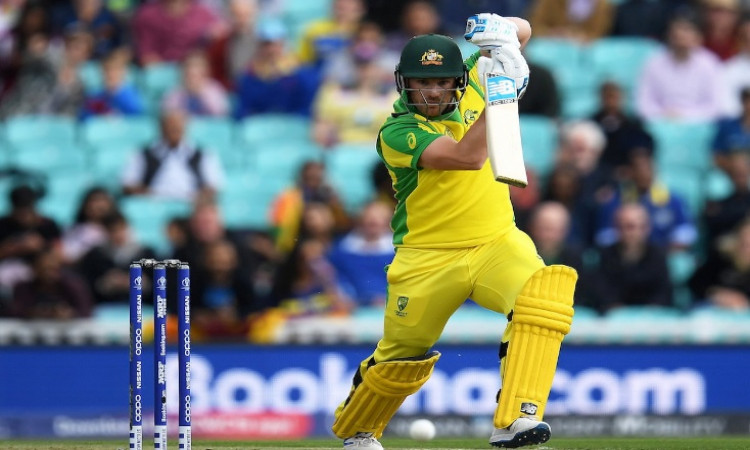 June 21 (CRICKETNMORE) Australia skipper Aaron Finch admitted that Bangladesh did give them a few butterflies during their unsuccessful chase of 382 in the World Cup game played between the two sides at Trent Bridge.

On Thursday, Bangladesh put in a brave fight while chasing what would have been a World Cup record and never gave up till the end, but fell short by 48 runs to register their second ODI win over the mighty Aussies.

Wicketkeeper-batsman Mushfiqur Raheem played a brilliant knock of unbeaten 102 and was well supported by Mahmudullah (69) during the course of their chase. The duo stitched together a 127-run partnership and kept Bangladesh in the hunt. However, the target turned out to be too much for them and they could manage 333/8, their highest total in ODIs.

Before that, opener Tamim Iqbal (62) and Shakib al Hasan (41) also shared a 79-run partnership for the second wicket and made sure the Bangla Tigers were not out of the race.

"Every time there was a partnership going, there were a few butterflies," said Finch at the post-match presentation ceremony.

"We have been pretty consistent. We have guys who have World Cup experience. Having good partnerships with bat and ball is important," he added.

With 10 points from six games, Australia are currently at the top of the table and look rest assured to be one of the participating teams in the semifinals. However, Finch feels it's a bit early for the reigning champions to think about the last-four stage of the showpiece event.

"Not yet thinking about semis. Hopefully, we will secure a place in the top four," he said.

Earlier, David Warner scored his 16th ODI hundred as his 166-run knock powered the defending champions to post 381/5 in their full quota of 50 overs. Warner, along with Finch, stitched a 121-run partnership for the first wicket and laid a solid foundation for the batsmen to follow.

Usman Khawaja, who came in next, then played sensibly and scored 89 runs and shared a 188-run partnership with Warner. Towards the end, it was a great cameo from Glenn Maxwell, who scored 32 off just 10 balls, and made sure Australia post a total which was out of reach for the Bangladesh team.

Bangladesh skipper Mashrafe Mortaza also praised Warner and admitted that his team gave away a little too many towards the end of the innings. "I think we gave away 40-50 on the field. Otherwise, it could have been a different chase," he said, adding "credit to Warner and other Australian batsmen".

With five points from six games, Bangladesh now need to win all their remaining three matches against Afghanistan (June 24), India (July 2) and Pakistan (July 5) and hope for favourable results in matches of other teams as well if they have to secure a spot in the semis.