Bangladesh batsmen wasted starts as their team scored 242 for five wickets on the first day of the first Test against West Indies here on Wednesday. 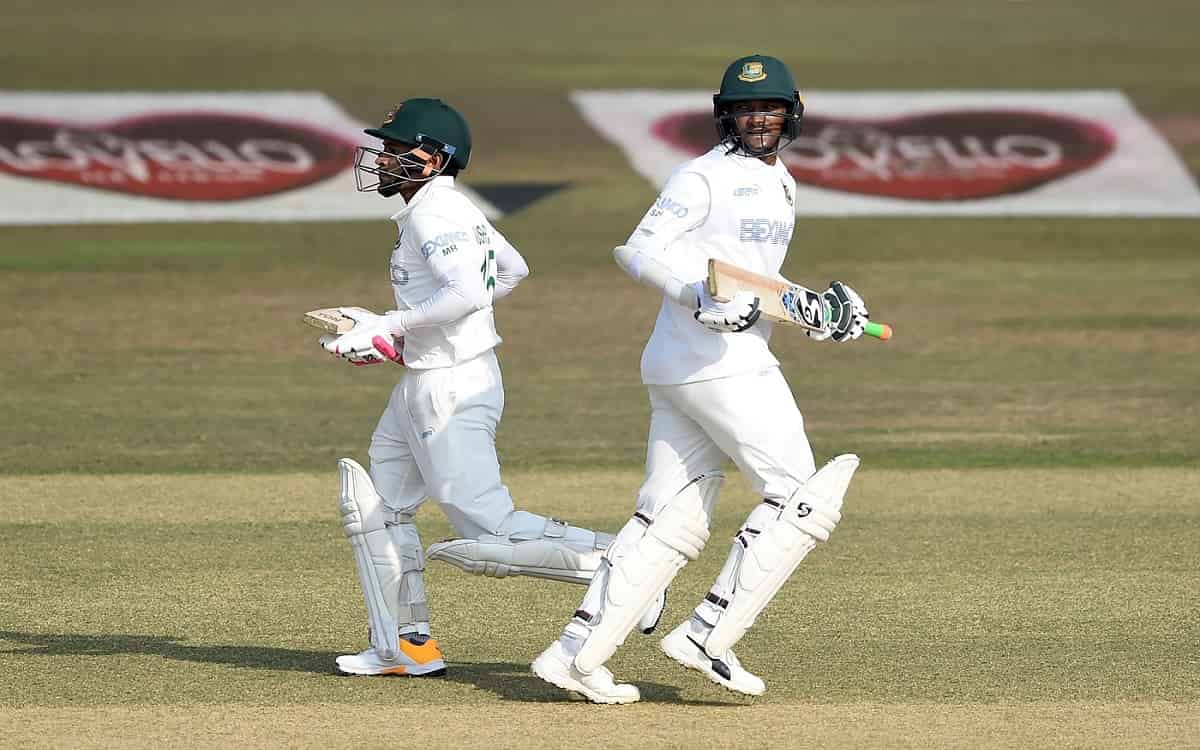 Opener Shadman Islam was the only one to score a half-century. The left-handed batsman made 59 off 154 deliveries but when he fell, Bangladesh was reduced to 134 for four.

There was a brief recovery through a 59-run stand between Mushfiqur Rahim and Shakib al Hasan. However, just when they were looking good, Rahim fell to left-arm spinner Jomel Warrican for 38.

Shakib then shared an unbeaten 49-run partnership for the sixth wicket with Liton Das.

Warrican was the most successful bowler for West Indies with three wickets for 58.

"Mushfiqur's wicket where Jim took the catch at slip [was important]. It was a very important session and time of the game. We needed the wicket before the new ball and to get a wicket at that time was very crucial," Warrican said after the day's play.

"I was feeling good, but it looked like a slow pitch. I was sticking to my plan and wanted to bat long. I tried my best. We have got a good start, but we need more runs and a few more partnerships to get a big score," he said.