At stumps, Liton was unbeaten with a career-best 135 with Mushfiqur on 115, Bangladesh reached 277-5 on the first day after electing to bat at Sher-e-Bangla National Stadium. 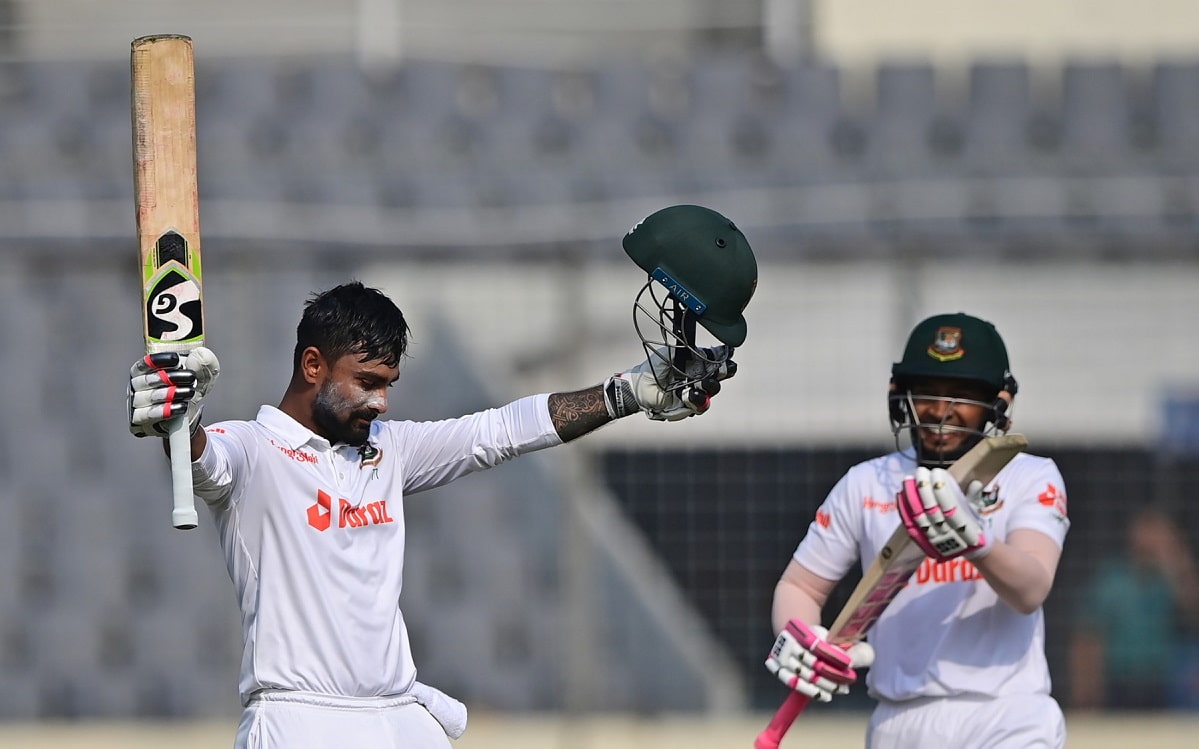 Mushfiqur Rahim and Liton Das hit centuries and shared a record stand to turn the tide for Bangladesh in the second Test against Sri Lanka in Dhaka on Monday after a disastrous start.

At stumps, Liton was unbeaten with a career-best 135 with Mushfiqur on 115, his second hundred in as many innings, as Bangladesh reached 277-5 on the first day after electing to bat at Sher-e-Bangla National Stadium.


Just Another Season For Punjab Kings

The pair added 253 in their unbroken sixth-wicket stand after Sri Lanka's pace bowlers Kasun Rajitha and Asitha Fernando shared five wickets between them to leave Bangladesh in tatters on 24-5 in a chaotic first hour of play.

Mushfiqur played a part in Bangladesh's previous highest sixth-wicket stand when he shared 191 runs with Mohammad Ashraful, also against Sri Lanka at Galle in 2013.

"It is one of the best partnerships I have seen as a coach in Tests," said Bangladesh coach Russell Domingo.

"We were 20 (24) for five, under a lot of pressure. It was an amazing effort by those two batters. Obviously, we didn’t start well this morning. Couple of false shots, couple of good deliveries.

"Test cricket is hard but those guys showed amazing skill and character to get us in this good position,"  he said.

Mushfiqur, who also scored 105 runs in the drawn first Test in Chittagong, then reached his ninth Test hundred off 218 balls.

The pair gave the only chance to Sri Lanka during their partnership for over two sessions when Liton lofted a catch on 47 off Fernando.

Kamindu came to the field after Kusal Mendis left for a hospital with pain in his chest.

Mendis was cleared later to continue playing as his physical condition was found not to be serious, according to a Bangladesh Cricket Board spokesman.

The hosts made a nightmare start to the game as Rajitha bowled opener Mahmudul Hasan for a duck with the second ball of the morning.

Fellow opener Tamim Iqbal, who scored a century in the drawn first Test in Chittagong, also fell for a duck as he sent a leading edge off Fernando in the next over to be caught brilliantly by Jayawickrama at backward point.

Skipper Mominul Haque tried to settle the nerves with two fours, including one off the first ball he faced, but soon edged Fernando to wicketkeeper Niroshan Dickwella when on nine.

Rajitha then found a big gap between the bat and pad of Najmul Hossain, sending his middle-stump cart-wheeling with an inswinger as the left-hander was dismissed for eight.

Liton hit 16 fours and a six and Mushfiqur hit 13 boundaries so far.

Rajitha finished the day with 3-43 while Fernando claimed 2-80.

Sri Lanka had rewarded Rajitha with a place in the eleven after he impressed in Chittagong by taking 4-60, playing the match as a concussion substitute for Vishwa Fernando.

He was one of their two changes, with Jayawickrama replacing Lasith Embuldeniya.

Bangladesh made two changes from the first Test as Mosaddek Hossain and Ebadot Hossain replaced the injured Nayeem Hasan and Shoriful Islam.