Bangladesh were a dangerous 34-4 at stumps on the fourth day and still need another 107 runs to ward off an innings defeat. 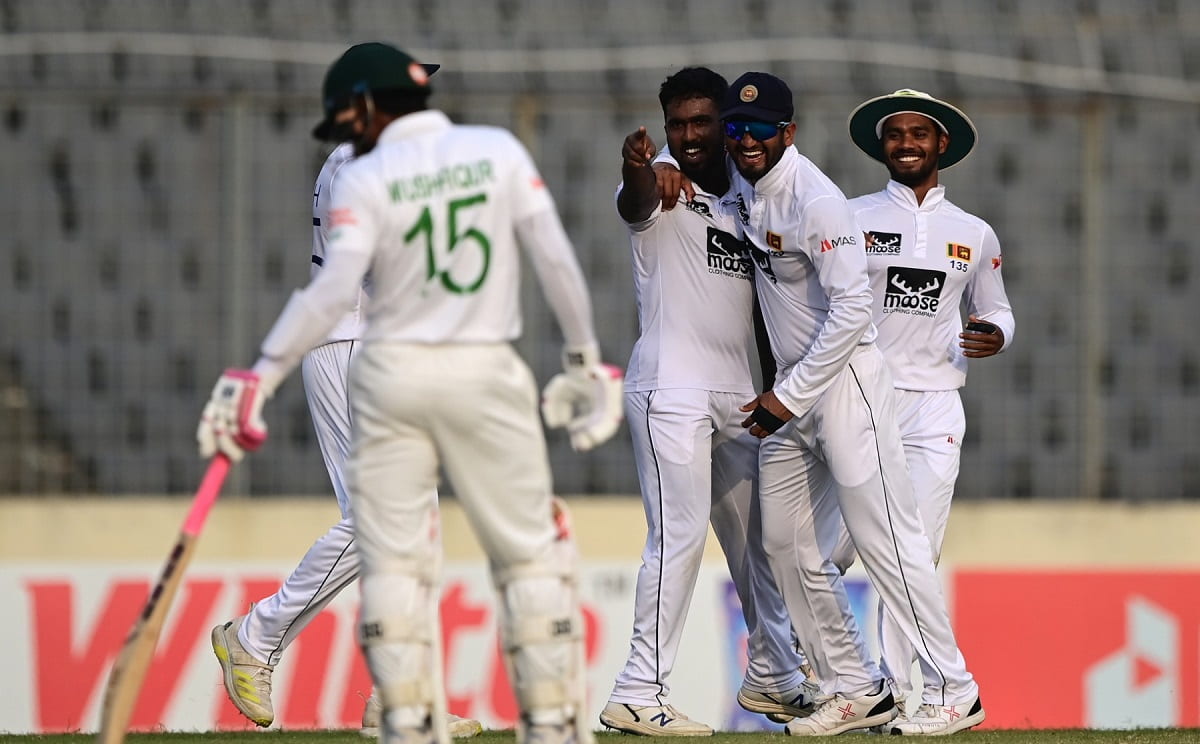 Sri Lankan seamers cut through the Bangladesh top order in the second innings after centuries from Angelo Mathews and Dinesh Chandimal gave the visitors a commanding lead in the second Test in Dhaka on Thursday.

Bangladesh were a dangerous 34-4 at stumps on the fourth day and still need another 107 runs to ward off an innings defeat.

The visitors were all out for 506 runs in the day's final session, with Shakib Al Hasan claiming his 19th Test five-for and pacer Ebadot Hossain finishing 4-148.

The hosts fell into trouble in the sixth over as Asitha Fernando delivered opener Tamim Iqbal his second duck of the Test, returning after a catch in second slip from Kusal Mendis.

Najmul Hossain (two), Mominul Haque (0) and Mahmudul Hasan (15) followed him in quick succession as Fernando and Kasun Rajitha ripped through the top order to finish with 2-12 and 1-12 respectively.

Mushfiqur Rahim and Liton Das, who shared 272 in the first innings and slammed a century each, finished the day on 14 and one.

It followed a day of struggles with the ball, with Bangladesh unable to make any breakthrough until after tea.

Mathews finished Sri Lanka's spell at the crease unbeaten on 145 while Chandimal made 124 in the pair's 199-run partnership for the sixth wicket.

The pair dominated the Bangladesh bowlers before Ebadot took Chandimal, with the final five wickets falling in 41 runs.

Mathews, who faced 342 balls and struck 12 fours and two sixes in his second century of the series, was given out caught-behind off Khaled Ahmed on 94 but survived on review.

He was given leg-before again off Mosaddek Hossain at 105 but the decision was reversed.

Chandimal enjoyed a similar lucky spell in the morning session after a caught-behind call on the fourth ball of Mominul's first over was overturned.

He later hit Ebadot for two successive fours before reaching his century with a single in the same over.

Chandimal hit 11 fours and a six in his innings 219-ball innings.