'Ball Was Coming On To The Bat Really Well', Says Ruturaj Gaikwad After Fifty Against South Africa

Gaikwad had got India off to a flier when he hammered Anrich Nortje for 20 runs in the fifth over of the innings. 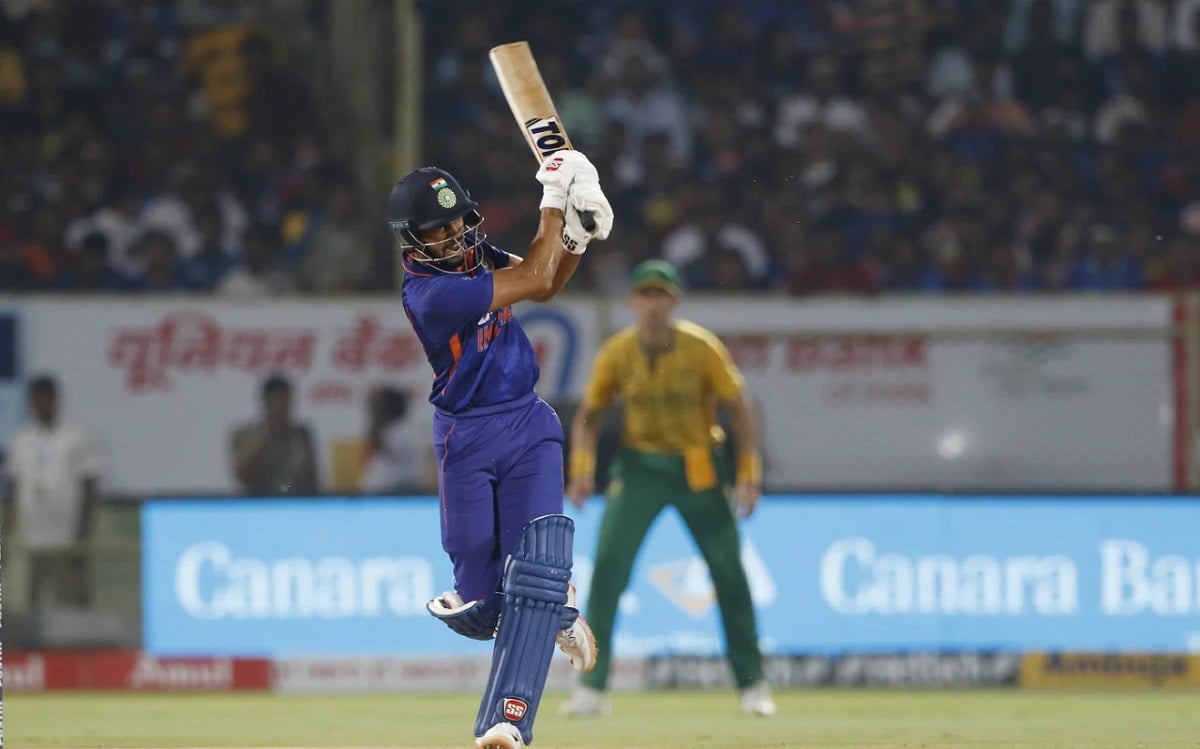 After scores of 23 and 1 in the first two T20Is against South Africa, opener Ruturaj Gaikwad bounced back in the third match at Visakhapatnam, top-scoring with 57 off 35 deliveries. Gaikwad's stand of 97 with fellow opener Ishan Kishan set the base for India making 179/5, which proved enough for a 48-run win to keep themselves alive in the five-match series.

Gaikwad had got India off to a flier when he hammered Anrich Nortje for 20 runs in the fifth over of the innings, thanks to four boundaries sandwiched on either side of him being hit on helmet grille to escape an unplayable short ball from the tearaway quick.


IND vs SA: How Yuzvendra Chahal Managed To Bounce Back After 2 Forgettable Outings?

He revealed that with the ball coming nicely on the bat helped him play his shots very well.

"Coming into the series, the first two wickets I felt were slightly on the tacky side. It was stopping a bit batting first in the last two games but here the wicket was good, ball was coming into the bat, so I played my game. I changed nothing, my thought process, everything was the same," said Gaikwad after the match.

Asked if there were some nerves due to not making his chances count in the last two matches, Gaikwad remarked, "Not really on the edge. It is just part and parcel of the sport. Last year I had a really good year, so people come with a lot of expectations when you have a great year even in IPL and domestic. In the IPL, the wicket was slightly bowler-friendly. There were no flat wickets, it was two-paced, the ball was turning, and there was some swing.

"So, three-four games in IPL, I got out to good balls, where in some dismissals, some good shots went to the fielder's hand, it is just especially part of T20 cricket. You will have off days, weeks, months or year, and really bad days. It is a matter of staying consistent mentally, trusting your process."

In all three matches, India's batting template has been about going for the big hits consistently, yielding scores of 211, 148 and 179. Despite the losses in first two matches, India were unfazed about moving away from the template set for this series in absence of many regulars.

"Coming here, we just wanted to stick to what we did in the last two games and look to improve as a team and group. Bowling-wise, we were slightly more aware of the game, there was more awareness in this game and that worked well for us," elaborated Gaikwad.

Gaikwad, 25, felt that India's aggressive intent with the bat and going relentlessly after the bowlers works in different ways for batters in the side.

"Just making sure that you are showing the intent, no matter if you are playing first ball or second ball, or you are set. Even if you are batting at 30-40, just need to keep going. If it is there in your area, in your strength, just have to go for it, that is what the thinking is about."