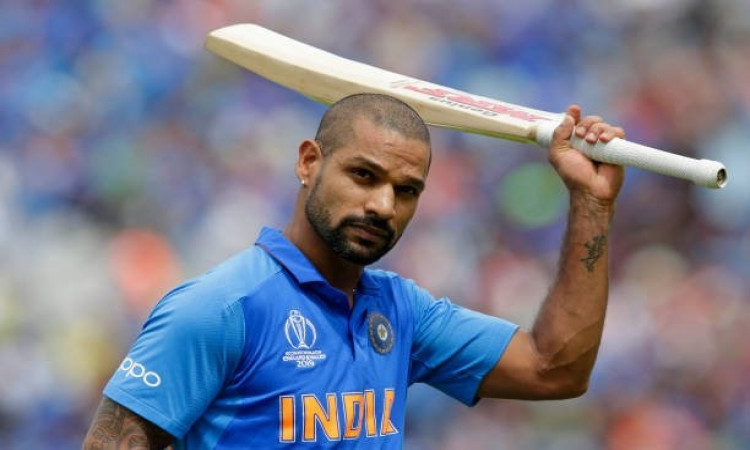 Thiruvananthapuram, Sep 8:  Shikhar Dhawan never shies away from sharing a laugh on the pitch and it seems that never changes even if he gets hit on the neck by a searing bouncer.

Sanju Samson, who batted with Dhawan during India A's fifth one day match against South Africa A at Greenfield International Stadium, Thiruvananthapuram, said that Dhawan asked him to see if the ball was broken after coping it on the neck during the match.

Dhawan uploaded a video of the incident on his Instagram handle. He was attempting a scoop shot wide outside off stump and bowler Beuran Hendricks followed him through with a short delivery. It hit Dhawan on the neck but he was able to continue playing after the mandatory concussion test.

Samson said in a comment on the video: "After getting hit he says to me... Ball ko dekh toot gaya hoga." Dhawan replied to his comment saying that even in pain, he has to crack a joke, before lauding Samson for his match winning innings.

In a match that was reduced to a 20-overs-a-side contest due to rains, Samson smashed 91 off 48 balls in an innings that included six fours and seven sixes. Dhawan on the other hand scored a 36-ball 51 and the pair put up 135 runs for the second wicket. South Africa A ended up losing the match by 36 runs.