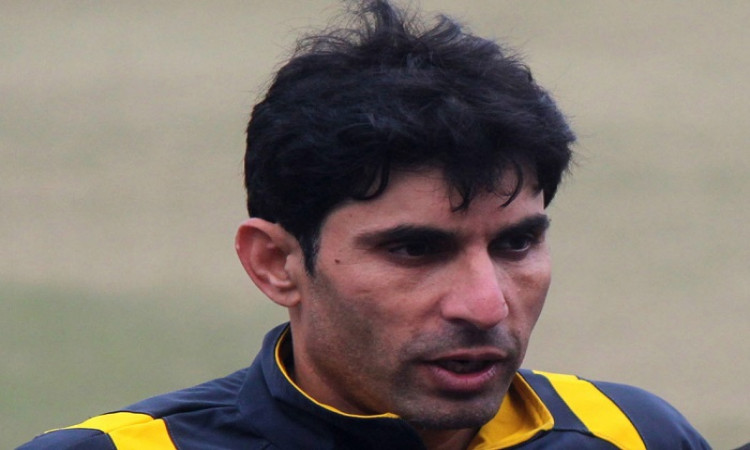 Lahore, Oct 10: Pakistan head coach Misbah-ul-Haq is baffled by the way his players performed against a second-string Sri Lanka side, saying they were outplayed in every department.

Playing in the absence of many of their big stars, Sri Lanka beat Pakistan by 13 runs in the third and final T20 international here on Wednesday to complete a 3-0 whitewash of the top-ranked T20 side in the world.

"It's an example for us the way they have beaten us in every department," Misbah was quoted as saying by Cricbuzz.

"They won the games in almost one-sided fashion leaving us in tatters and with lots of questions to answer. We played very poor cricket and definitely it's my responsibility but I am still thinking what really happened because these are the same set of players that have been playing for long and made the team No. 1," he added.

Defending himself, the chief selector and former skipper said: "I haven't done anything in the last 10 days that could have deterred anything," Misbah explained.

"If you want to put responsibility on me you can but, in this brief time since I took charge, how big a difference could I have created with my coaching.

"The strategy was simple: to cash in on the Powerplay and later go all out in the last five overs. These are the same players who took Pakistan on top (in the T20I rankings) but in this series they were not able to execute things well with the bat, ball and while fielding."