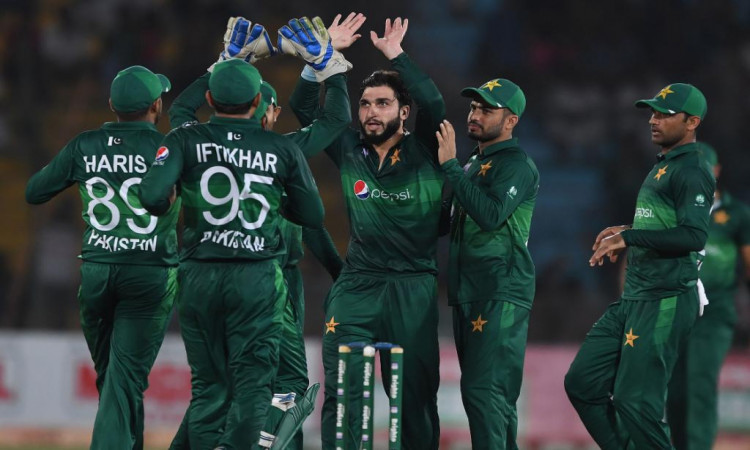 The first match of the series was washed out without a ball being bowled on Friday.

Azam struck 115 off 105 deliveries (4x8, 6x4) to top-score for the hosts and also become the third fastest to 11 ODI hundreds by getting past India captain Virat Kohli. South Africa's Hashim Amla and Quinton de Kock occupie the first two positions in the list, respectively.

Pakistan scored 305/7 in 50 overs after opting to bat first. In reply, Shehan Jayasuriya (96) and Dasun Shanaka (68) helped the visitors stay in the hunt after they were reduced to 28/5 inside the first 11 overs.

But once the 177-run sixth wicket stand was broken in the 41st over by Shinwari, who had Jayasuriya caught behind by skipper Sarfraz Ahmed, it was all over for Sri Lanka as Shadab Khan removed Shanaka in the next over with Fakhar Zaman taking a brilliant catch at deep midwicket.

Sri Lanka were eventually bowled out for 238 in 46.5 overs with Shinwari returning figures of 5/51 in his 10 overs.

Earlier, Azam reached his 11th ODI hundred in his 71st innings while Kohli took 82 innings to get there. Azam also became the fifth batsman to complete 1,000 ODI runs in 2019 behind Kohli, Rohit Sharma, Aaron Finch and Usman Khawaja when he was on 54.

Besides Azam, opener Fakhar Zaman (54) scored a half-century as he and Imam-ul-Haq gave Pakistan a steady start by putting up 73 runs before Sri Lanka's best bowler, leg-spinner Wanindu Hasaranga (2/63), trapped Imam for 31.

Azam and Haris Sohail (40) then added 111 runs for the third wicket. Sohail was run out before Azam square cut pacer Lahiru Kumara for a boundary to complete his 11th ODI hundred off 97 balls. He was finally dismissed in the 46th over, caught at deep mid-on by Hasaranga off Lahiru Kumara.

Iftikhar Ahmed then played an unbeaten 20-ball 32 cameo as Pakistan scored 89 runs in the last 10 overs.