Babar Azam wants to be compared with Pakistan greats, not Virat Kohli 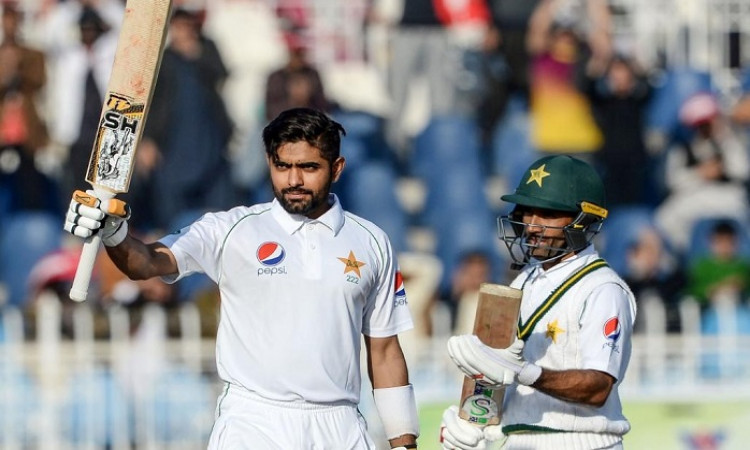 Worcestershire, July 2: Pakistan white-ball skipper Babar Azam on Thursday said that he wants to be compared with former batting greats of his own nation rather than India skipper Virat Kohli.

The two modern-day greats are time and again pitted against each other, by fans and critics alike, for their impeccable playing styles and incredible consistency.

Also Read: Can't wait to get back into that dressing room: Cheteshwar Pujara

Azam, however, stated that he doesn't want to be compared with Kohli but with some of the top-class batsmen that have donned the jersey of Pakistan in the past.

"I don't want to be compared with Virat Kohli. It would be better if people compare me with one of the Pakistani legends like Javed Miandad, Mohammad Yousuf or Younis Khan," Azam said during a teleconference as per Cricket Pakistan.

Azam and his Pakistan teammates have already touched down in England for their much-anticipated series in August which includes three Tests and as many T20Is.

Azam echoed his Test skipper Azhar Ali's sentiments and stated their bowlers will be targetting the 'fragile' top-order of the hosts. Ali had earlier said that England's batting order remains 'fragile' at the top since Alastair Cook's retirement.

"We performed well on our previous tour of England which is why the players are eagerly looking forward to the series," he said. "We are currently focused on winning the Test series as that is our first goal on the tour.

"England have the home advantage but our bowlers will give tough time to their batsmen. We will target their fragile Test top-order.

"Mohammad Abbas is experienced while Naseem Shah and Shaheen Afridi have a lot of potential. We have high expectations from our bowlers," he added.