Babar Azam made ODI captain with 2023 WC in mind: Misbah-ul-Haq 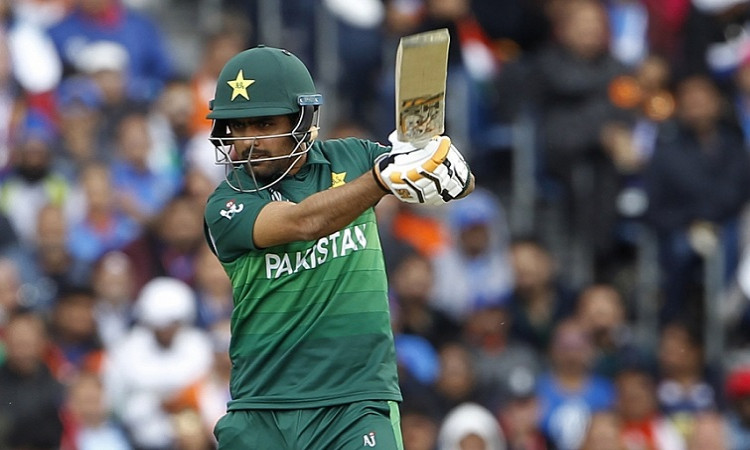 Lahore, May 13: Pakistan chief selector and head coach Misbah-ul-Haq on Wednesday said Babar Azam has been given the ODI captaincy keeping in mind the 2023 World Cup in mind so that the ace batsman can be groomed in three years' time for the showpiece event.

T20 captain Babar on Wednesday replaced wicketkeeper-batsman Sarfaraz Ahmed as the ODI skipper after the latter was axed from the team across formats following his poor form with the bat.

"We have kept in mind who can serve us in the long run. We have kept the 2023 World Cup in mind while picking Babar as ODI captain. He is the captain of T20 side, he is a top-class performer and this is the right time to groom him," Misbah said.

"He is taking the challenge head on. Since he became our T20 captain his Test performance has also improved. So why not, if he can take responsibility," said the former Pakistan captain.

Naseem Shah and Iftikhar Ahmad were the two new faces in the 18-player men's central contract list for the 2020-21 season, which will come into effect from July 1, while the Pakistan Cricket Board also confirmed Azhar Ali as Test captain for the period during which Pakistan is scheduled to play nine Tests, six ODIs and 20 T20Is, besides the Asia Cup and the ICC Mens T20 World Cup 2020.

Experienced pacers Mohammad Amir and Wahab Riaz did not find a place in the contract and Hasan Ali's name was also missing.

"The selectors have made the tough decisions to leave out Amir, Hasan and Wahab but considering Hasan missed most of the season due to an injury and Amir and Wahab decided to focus on white-ball cricket, this was the right move," Misbah said.

"However, Amir and Wahab are senior and experienced bowlers and they remain in contention as we believe they can still contribute to the Pakistan men's cricket team and also mentor our young battery of fast bowlers. I spoke to them on phone and it was a tough call."

Amir has 259 wickets for Pakistan across all formats and retired from Tests in July 2019.

Left-armer Riaz has taken 228 wickets and last appeared in a T20 international against Australia in November.

Imam-ul-Haq, Sarfaraz Ahmed and Yasir Shah slipped one category each. On former skipper Sarfaraz, Misbah said: "I feel Sarfaraz can play all three formats. He has been valued. He is not captain so he has been demoted. But he is very much in our plans. Mohammad Rizwan is there but he will be considered. He is still a valuable player."