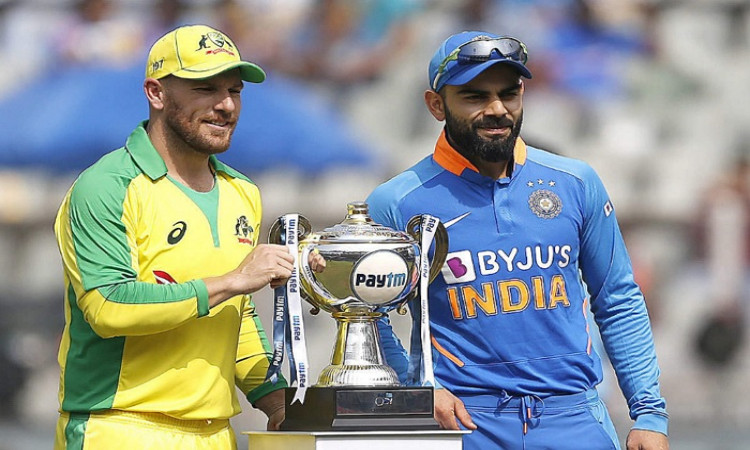 New Delhi, July 23:  While India is set to play their first major international series in the post-COVID-19 era against Australia at the end of the year, the schedule for the same may need slight tweaking as Cricket Australia is looking for a window to fit in the three-match T20I series which was earlier set to be played in October prior to the now postponed T20 World Cup.

Cricket Australia Chief Executive Nick Hockley made it clear that the ‘14-day quarantine period is well defined' for the visiting Indian team keeping in mind the government regulations, the schedule has seen a bit of a tumble as there seems to be no space for the T20I series in the current scenario.

Speaking to IANS, a BCCI official said that the matter is being discussed and considering that the 14-day quarantine is a must as per Cricket Australia and the government there, it is getting difficult to fit in the T20I series.

"The protocols in place in Australia are necessary on account of the pandemic and it's perfectly understandable. There are no two ways about that. We are all dealing with the challenges that the pandemic poses to us and the commitment with other boards regarding dates is a challenge that will prove difficult to meet in these circumstances and accordingly the dates and length of the tours may need to be tweaked and that may mean amending the number of matches. A 14-day quarantine means it would get reduced from the total length of the tour," the official explained.

"We were apprised that work is being done on the schedule before it is finalised. They are looking at fitting in the T20I series. India also play England after returning from Australia and that schedule is also being worked out while the pink-ball Test is fixed for Ahmedabad. We need to see how the other venues are placed and the distance from hotels to the grounds and things like that with an eye on the current scenario due to the pandemic. Hopefully we will have further clarity before the end of the year as working in tandem with the government is a must."

Explaining the gap between the Australia tour and the England team arriving for the Tests in India and also sandwiching in the T20Is, the official said: "The ODI series in Australia at present ends on January 17 and even if the teams get a two-day breather before starting the T20I series, that would mean that the first T20I can only be played by January 20. Having games on alternate days at the same venue would mean the T20I series ending on January 24. That would see India heading home on January 26 at the earliest.

"Even if we imagine that quarantine rules won't exist in India till then, you cannot have a Test series without at least a gap of 7-10 days as the boys need a minimum time to adapt back not just from white-ball to red, but also the change in timing. So, the England series moves into February."