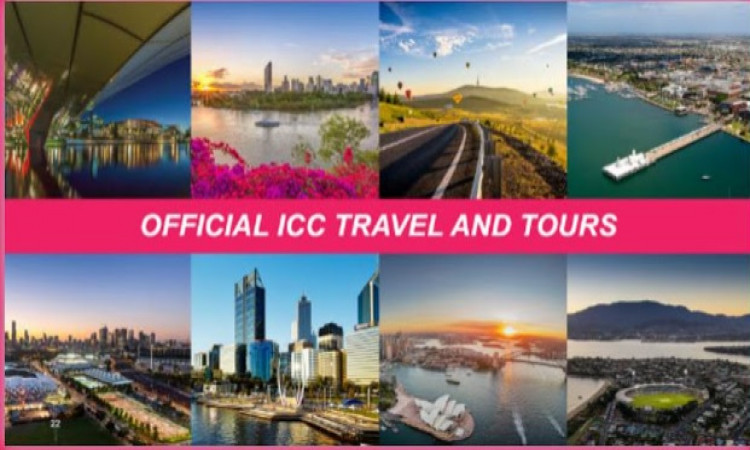 "We expect an additional Indian tourists of about 30,000-40,000 next year owing to the ICC T20 World Cup matches-Women and Men," Nishant Kashikar, Country Manager, India & Gulf told IANS on Thursday.

The agency hopes to set a world record for highest number of attendees at a women's sporting event at the finals of the T20 World Cup scheduled to be held on March 8, 2020, which is celebrated across the globe as International Women's Day.

The two standalone cricket tournaments for women (February 21 to March 8) and men (October 18 to November 15) will be held across eight Australian cities.

The finals for both tournaments will be held at the iconic Melbourne Cricket Ground (MCG).

According to Kashikar, ticket-inclusive travel and tours packages are being offered by the official ticketing agents appointed by the International Council of Cricket (ICC), including Bharat Army Travel, Cutting Edge Events, Fanatic Sports, Gainwell Sports and Sports Konnect.

In addition, Tourism Australia is partnering with the travel industry to continue efforts in promoting the country as a holiday destination of choice for Indian High Value Travellers.

"The powerful brag value of watching a match live at a popular destination like Australia works like magic and the innumerable posts and images across social media is testament of its virality," Rajeev Kale, President & Country Head - Holidays, MICE, Visa at Thomas Cook (India) Ltd told IANS.

"We have already started receiving queries for the upcoming T20 matches in Australia and considering that October coincides with the peak season for Indians travelling to Australia, the timing couldn't be better," Kale added.

According to him, the March fixtures for the Women's T20 World Cup gives an additional scope to catalyse demand to Australia as the Indian women traveller having become a force to reckon with.

"We believe Sports tourism is the next big thing and it will herald a new wave of aspirational travel among both the mature and the new age traveller," Kale said.

He said there is a shift in demand from young Indians to solo travellers.

Tourism Australia's Kashikar said to ensure ease of visa applications, the Department of Home Affairs allows travellers from India to apply for a visa online. The visa is processed in 15 days and is valid for 12 months.

The average cost per trip for Indian visitors was 4,900 Australian dollars (approximately Rs 240,000).

MS Dhoni's Mentor Passes Away After Prolonged Illness In Ranchi