Australia women on Sunday beat New Zealand by six wickets to set a new record for the longest winning streak in ODIs across men's and women's cricket. 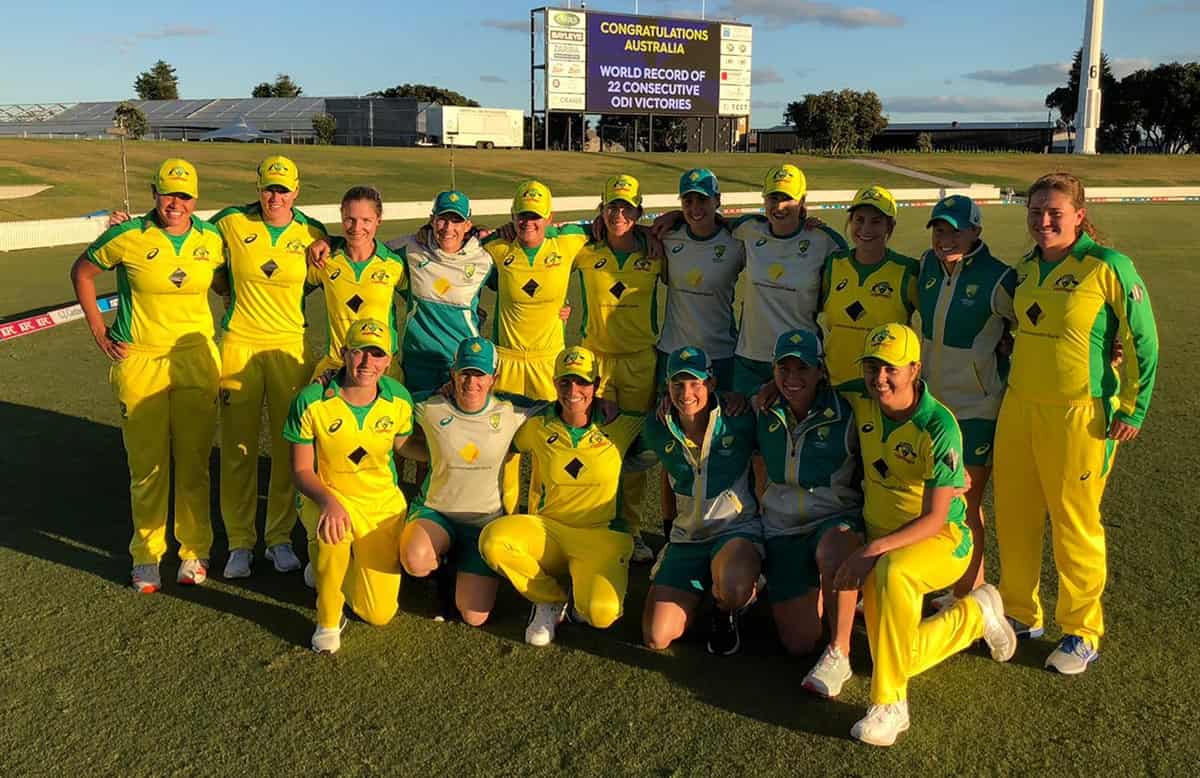 New Zealand were all out for 212 with Megan Schutt picking four wickets after which half-centuries from opener Alyssa Healy, Ellyse Perry, and Ashleigh Gardner helped Australia seal the win in 39 overs.


How An Adamant Sehwag Taught Key Captaincy Lesson To Ganguly

Schutt started off with a wicket off her first ball of the match after which New Zealand struggle to score. Opener Lauren Down was the hosts' highest run-scorer with 90 off 134 balls.

Down's Australia counterpart Healy took an opposite approach to her innings, smashing 65 off 68 balls with seven fours and two sixes.

New Zealand were given hope when Healy's opening partner Rachael Haynes and Australia captain Meg Lanning were dismissed in quick succession but a 78-run stand between Perry and Healy all but ended New Zealand's chances. Healy and Beth Mooney were them dismissed in the 23rd and 26th overs but Perry and Gardner then put up an unbeaten 79-run stand to take Australia over the line.

Australia thus lead the three-match series 1-0. The second ODI will be played at the same venue on April 7.